Home » Cricket » Aus vs Ind 2020: Hopefully we will win the next game and seal the series – Ravindra Jadeja

Aus vs Ind 2020: Hopefully we will win the next game and seal the series – Ravindra Jadeja 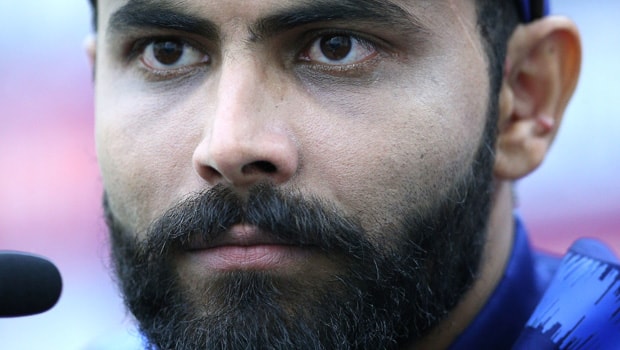 India’s talisman all-rounder Ravindra Jadeja is hopeful that they can win the next game to seal the series against Australia. The visitors have the momentum on their side after winning the second Test match by eight wickets as they came up with a collective team effort. India currently has the Border-Gavaskar trophy as they had won the previous series by 2-1.

India were on the backfoot after they were thrashed in the first Test match as they were skittled out for 36 runs in the second innings. However, Ajinkya Rahane and co. were able to make a solid comeback into the series as they convincingly won the second Test match.

Jadeja replaced full-time skipper Virat Kohli in the second Test match and delivered the goods for the team. The southpaw scored a crucial knock of 57 runs in the first innings and added an imperative alliance of 121 runs with captain Ajinkya Rahane. Thus, this partnership helped India in strengthening their grip in the second Test match as they had a lead of 131 runs.

Subsequently, Jadeja dismissed Tim Paine and a well-settled Matthew Wade in the second innings to help his team put their noses in front. Consequently, Jadeja played a major role in levelling the series for the Indian team.

“I think everybody is looking in good form. The batsmen are scoring runs and the bowlers are taking wickets. So, hopefully as a team, we continue the same momentum and win the next game and try and seal the series in Australia. That would be great as a team,” said Ravindra Jadeja in a video uploaded by BCCI.

Jadeja heaped praise on the collective team effort, which helped the team get back in the series. India dominated the Boxing Day Test match from the opening day and never took their foot off the pedal.

“This is going to be a very special victory for us as a team because we were 1-0 down. We lost the first game badly. So, I think we came up with a good spirit, good attitude, and as a team, we played very good cricket. Batting, bowling – everything,” concluded Ravindra Jadeja.

India will look to continue the good show and the win at MCG will give a lot of confidence to the team after they were knocked out for 36 runs at Adelaide.