Home » Cricket » Aus vs Ind 2020: I am sure Ajinkya Rahane will do a tremendous job in my absence – Virat Kohli

Aus vs Ind 2020: I am sure Ajinkya Rahane will do a tremendous job in my absence – Virat Kohli 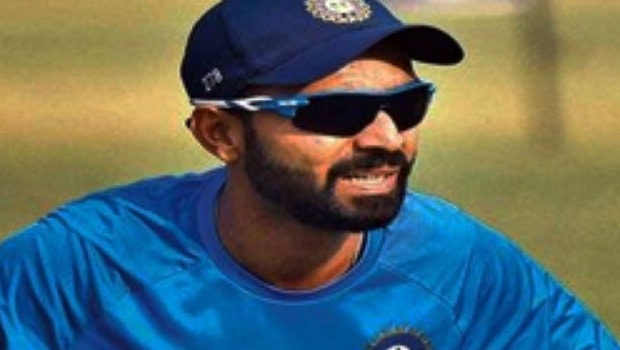 The Indian skipper Virat Kohli is optimistic that Ajinkya Rahane will do a tremendous job in his absence in the last three Test matches as captain of the side. Kohli will head back to India to be with his wife for the birth of his first child after the first Test match. Rahane is known for his sedate approach and he keeps a calm head on his shoulder.

Rahane has led India in two Test matches and the team had won both of these matches. Rahane’s first assignment as Test captain came back in 2017 against Australia in the decider of the Border-Gavaskar series. The 32-year old had led from the front and had taken the team to victory.

It will be a perfect opportunity for Rahane to deliver the goods for the team in Kohli’s absence. The right-hander will look to get the best out of his players and he also has the experience under his belt.

Rahane had also led the team in the two warm-up matches against Australia A. The right-hander had also scored a fine hundred in the first warm-up match, which will also boost his confidence when he will lead the team.

“Firstly, Rahane and I have built mutual understanding over the years, we have had great partnerships batting together which is based on trust. Rahane has done a fantastic job in the two practice games, he seems to be very composed and he knows the strengths of our team and how we need to go.

“We already know the template we play with and how we want to go about things. We are on the same page and I am sure Rahane will do a tremendous job in my absence,” Kohli said.

On the other hand, Ajinkya Rahane wants to focus on the first Test match and take one game at a time. The right-hander hasn’t been in the best of forms in the last couple of years and he will look to deliver the goods for the team.

Rahane has thus far played 65 Test matches and he has scored 4203 runs at an average of 42.9. The first Test match will take place at Adelaide Oval from December 17.