Home » Cricket » Aus vs Ind 2020: I couldn’t sleep after dropping a catch in the second match – Ravindra Jadeja 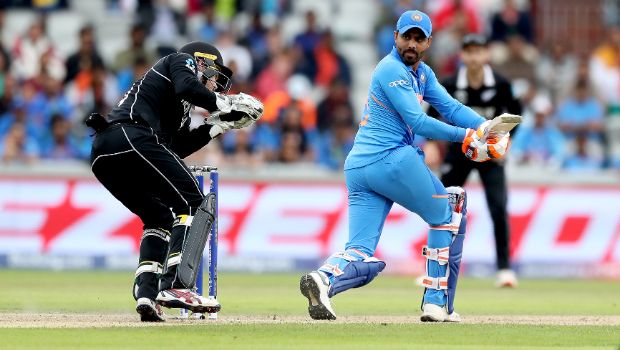 India’s all-rounder Ravindra Jadeja has set high standards of fielding in the cricket world. Jadeja is lightning quick on the field and he also has a rocket arm.

The left-armer is also well known to hit the bullseye and he is mostly on target even if he has one stump to aim at. However, the three-match ODI series against Australia wasn’t the best for Jadeja as per his own fielding standards.

Jadeja missed a chance to run out Aaron Finch in the first ODI when he had three stumps to aim at and the Australian skipper went on to make a century. Subsequently, Jadeja dropped a sitter as per his standards and gave a reprieve to Marnus Labuschagne in the second ODI. The right-hander went on to make 70 runs and the bungled catch did hurt the Indian team.

Jadeja, who is known for his impressive fielding, admitted that he couldn’t catch sleep that day and the dropped catch kept popping up in his mind.

Jadeja said, “Absolutely, when I dropped the catch in the last match, I couldn’t sleep only. The catch was coming in front of me as soon as I closed my eyes.”

However, Jadeja was able to free himself from that guilt of dropping a catch when he got another chance in the third ODI. Australia’s debutant Cameron Green played a sweep shot against Kuldeep Yadav and Ravindra Jadeja decided to go for the catch. Jadeja completed a fine catch and it was a crucial wicket at that stage of the game.

On the other hand, Ravindra Jadeja also helped India in putting a par score of 302 runs in the final ODI. The visitors were in a spot of bother at 152-5 after 32 overs however Jadeja was able to put up a 150-run alliance with Hardik Pandya, who scored a blistering knock of 76-ball 92.

Jadeja started slowly but he was able to change gears in the fag end of the innings and got 19 runs in 48th over, which was bowled by Sean Abbott.

The southpaw scored a fine knock of 66 runs from 50 balls and once again proved his worth. Jadeja also took the crucial wicket of Aaron Finch, who was looking threatening after making 75 runs.