Home » Cricket » Aus vs Ind 2020: I don’t think Virat Kohli is in any kind of pressure with captaincy – Harbhajan Singh

Aus vs Ind 2020: I don’t think Virat Kohli is in any kind of pressure with captaincy – Harbhajan Singh 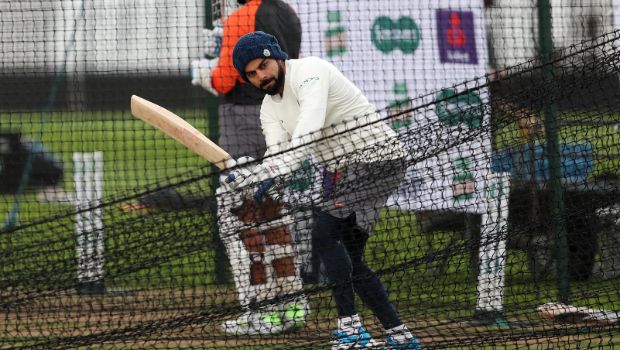 Questions have been raised on Virat Kohli’s leadership in the ongoing ODI series against Australia. However, India’s veteran spinner Harbhajan has put his weight behind the skipper and stated he doesn’t think Kohli is in any kind of pressure with the leadership role.

Kohli hasn’t been able to get the best out of his players in the last few matches and his captaincy has come under the scanner.

Kohli gave only two overs to Jasprit Bumrah in the second ODI against Australia and former Indian opener Gautam Gambhir slammed the skipper for his absurd tactics. However, Harbhajan has backed Kohli to come good and he feels a collective team effort will take the pressure of Kohli’s shoulders.

India is already missing the services of their talisman opener Rohit Sharma and thus the onus is on the shoulders of Virat Kohli. Furthermore, India don’t have a specialist all-rounder in their squad, which has left a huge void in the Indian team.

Hardik Pandya is not back to full fitness as far as bowling is concerned and he played as a specialist batsman in the first ODI. Pandya did roll his arm over in the second ODI and bowled four overs of cutters at the SCG.

“I don’t think Kohli is under any kind of pressure with captaincy, don’t think it’s a burden for him. I think he enjoys those challenges, he is a leader, who leads from the front and sets an example for the team to do the needful; for the team to win games,” Harbhajan Singh said while talking to India Today.

Harbhajan feels captaincy has nothing to do with the team’s paltry performance as cricket is a team sport and the performance of one player can not win you the game on most occasions.

“I don’t think captaincy is affecting Virat Kohli as it’s obvious one guy cannot win you the game. As I said, even after the World Cup, you know you have Virat Kohli and Rohit Sharma, standing and taking the team forward and scoring most of the runs,” Bhajji explained.

India hasn’t been able to come up with a decent performance and the visitors bowling has lacked teeth in the ongoing ODI series against Australia. The hosts had posted 374 runs in the first ODI whereas they scored 389 runs in the second ODI.

The final and third ODI will take place at Manuka Oval, Canberra on 2nd December.