Home » Cricket » Aus vs Ind 2020: I felt good from ball one – Steve Smith after another match-winning knock

Aus vs Ind 2020: I felt good from ball one – Steve Smith after another match-winning knock 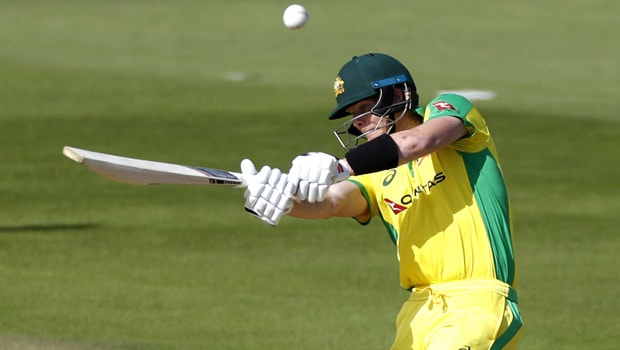 Australia’s talisman batsman Steve Smith stated he felt optimistic from ball one in the second ODI against India. Smith had scored the third fastest century for Australia in the first ODI as he had reached the three digits in 62 balls. The right-hander once again repeated the same performance in the second ODI as he once again scored a 62-ball century, which helped Australia in posting 389 runs on the board at the SCG on Sunday.

Smith was able to hit the ground running and once again batted at the top of his game. The talisman had said that he had ‘found his hands’ before the series and the same is palpable as Smith is timing the ball with perfection.

Smith scored 104 runs off just 64 balls with the help of 14 fours and two sixes. Thus, the linchpin scored his runs at a blistering strike rate of 162.50. The right-hander was able to find the gaps and scored his runs consistently all over the ground.

In fact, Smith is not an easy batsman to bowl to as he shuffles a lot in the crease. However, Smith is known to play all the proper cricketing shots and once again dominated the Indian bowlers with class.

Smith didn’t have a great IPL for Rajasthan Royals as he admits that he was trying to hit the ball hard. However, he feels more confident in the ODI series against India as he has played two match-winning knocks.

Australia was once again given a perfect platform by Warner and Finch as they added 142 runs for the opening alliance. Subsequently, Smith, Labuschagne and Maxwell were able to take the advantage.

Steve Smith said in the post-match ceremony, I felt good from ball one. Got myself in and went hard. It was another great foundation set by Finchy and Davey. That enabled myself and Maxi to go hard at the back end. It’s just summing up conditions and what’s in front you. Against India, you need to score big totals. It was just about taking the game on. Fortunately, it’s come off in the last couple of games”.

“I tried to whack the ball a bit too hard in the IPL, now I have started to hit the ball with a bit more finesse which is probably working better for me. I’m just playing nice cricketing shots. It (records) doesn’t bother me, nice to score some runs again for the team and get us to a good total. The boys were outstanding in the field as well. The guys bowled really well and yeah, nice performance”.

Smith has looked in ominous form and Indian bowlers have failed to crack the code to go past him. The right-hander has taken the attack to the Indian bowlers and it has worked wonders for the team.

The third and final ODI will take place at Manuka Oval, Canberra on December 2.