Aus vs Ind 2020: I had to fight back tears – Sean Abbott on national call-up 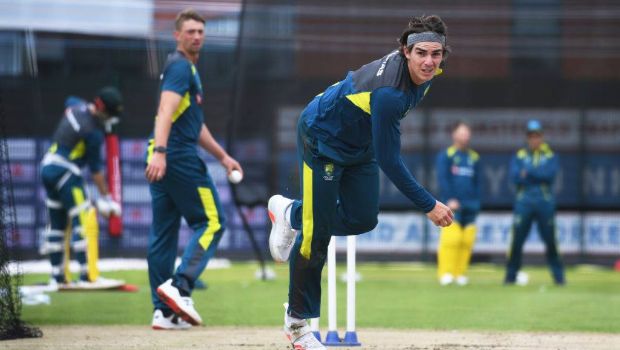 Australia’s fast bowler Sean Abbott has revealed that he had to hold back his tears after he came to know about his maiden national call-up for the four-match Test series against India.

Abbott has been in sublime form in the Sheffield Shield and thus got rewarded for his brilliant performances.

The right-arm pacer from New South Wales has scalped 14 wickets in three matches and he has bowled with an impressive average of 17.92. The 28-year old is also the third highest wicket-getter so far in the domestic circuit in the ongoing season.

“I had to fight back tears there for a minute,” Sean Abbott told NCA NewsWire on Sunday about his national call-up.

However, despite impressive performances in the last three matches, Abbott’s position in the final XI is not certain for the Test series against India. Australia is expected to back experienced bowlers like James Pattinson, Mitchell Starc, Josh Hazelwood and Pat Cummins. However, Abbott can be given a go in the playing XI as he is also in fine form with the bat.

The right-hander has amassed 261 runs in five innings at an astonishing average of 130.50 with the help of one century and two fifties. Abbott revealed that he would be glad to claim any kind of role in the team if he is given an opportunity by team management and Tim Paine.

“I’d be happy to put my hand up for any spot that would come up. I’d take that opportunity with both hands. I probably see myself as more of a bowling opportunity as someone who can bat. But if there’s that opportunity to bat higher up the order and the selectors and (Tim Paine) think I can do that job, then I’m not even going to think twice when I’m walking out there,” Abbott said.

On the other hand, the in-form pacer is unperturbed by the fact that he will miss playing for Sydney Sixers in the upcoming Big Bash League. Abbott feels the club have got a decent back-up for him and he wants to be with the national team squad.

The first Test match between Australia and India will be a day-night contest and will begin from December 17 at Adelaide Oval.