Home » Cricket » Aus vs Ind 2020: I was taken aback with how nice KL Rahul was behind the stumps – Cameron Green

Aus vs Ind 2020: I was taken aback with how nice KL Rahul was behind the stumps – Cameron Green 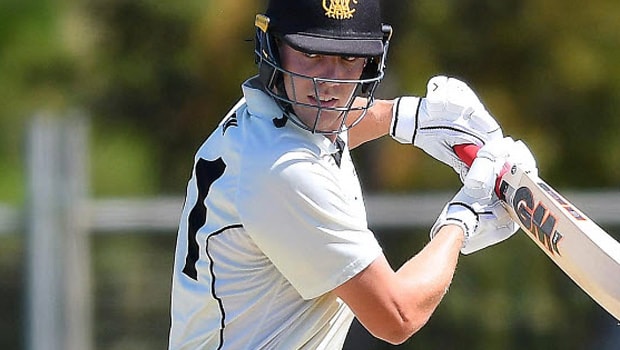 Australia’s all-rounder Cameron Green made a decent debut for his national team in the third ODI against India at Manuka Oval, Canberra on Wednesday. Green had earned his national call-up after impressive performances in the Sheffield Shield. The lanky fast bowler was able to generate good bounce and returned with figures of 0-27 in his four overs.

In the batting innings, Green got a chance to bat ahead of Glenn Maxwell and Alex Carey. The right-hander looked good for his knock of 21 runs off 27 balls and he was dismissed by Kuldeep Yadav when Ravindra Jadeja took a stunning catch in the outfield.

However, Green revealed that India’s wicket-keeper batsman KL Rahul was super nice to him when he came out to bat.. Rahul asked Green if he was feeling nervous and gave him best wishes. In fact, the youngster was flabbergasted by Rahul’s gesture as he was expecting the opposite.

“I was actually taken back with how nice KL Rahul was behind the stumps. I think he asked me whether I was nervous or not and I just replied saying, ‘Yeah, I was a little bit nervous.’ He was like, ‘Yeah, go well youngster’ type of thing. So I was actually a bit taken back, I thought it would have been pretty opposite,” Cameron Green said after the match.

On the other hand, Green revealed that there was a verbal battle going on between the two captains when he came out to bat. However, Green added that he will always remember Rahul’s sweet gesture in his opening match.

“I think Virat was trying to be pretty loud at the time. Finchy tried to get under his skin with a couple of words. Yeah, I was a bit taken back with how nice that was, so I’ll remember that forever.”

Meanwhile, it was noted that the ODI series between Australia and India was played in a friendly manner. KL Rahul had also joked with Australia’s skipper Aaron Finch in the first ODI when the latter was hit on the stomach by a beamer from Navdeep Saini. The friendliness shown in the series between these two rival teams is probably because these players play with each other in the IPL.

The first T20I between Australia and India will take place at Manuka Oval, Canberra on December 4. The Test series will begin from December 17 at the Adelaide Oval.