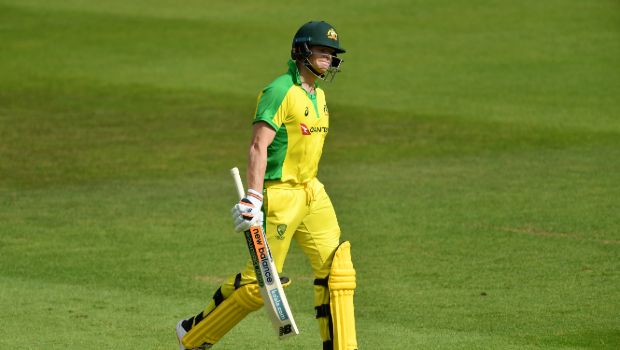 Australia’s talisman batsman Steve Smith is optimistic that he will be good to play the second Test match against India despite his back injury woes.

Smith’s back has been troubling him in the recent past and there were even doubts over his participation in the first Test match when he missed the training session two days before the Adelaide Test.

Smith once again was feeling a little stiff on Tuesday but also confirmed he would be ready for the second Test match at MCG.

“It’s just something I need to manage whenever it goes and I probably haven’t had an episode since 2014, I think it was. So hopefully they can continue to be six years apart if they come. If I’m moving around and laying down, I’m good. If I sit around for too long it’s not great for it, but I’m not worried about it. I think everything will be fine and I’ll be good to go,” Steve Smith told reporters.

“I like batting at the MCG…There’s nothing like the thrill and you get the shivers down your spine when you walk out to bat on Boxing Day with the crowd yelling, and it’s like a dream come true in a way,” Steve Smith concluded.

Smith didn’t have a great first Test match against India as he was dismissed after scoring a solitary run. Thus, Smith will look to make a solid comeback in the Boxing Day Test match and he is going to hold the key for Australia in the middle order.

David Warner is unlikely to be fit for the second Test match, which will make Smith’s job even more important as he is Australia’s best batsman.

Meanwhile, Australia have already taken a 1-0 lead after winning the first match by eight wickets. The hosts came up with a brilliant bowling performance in the second inning to skittle out the visitors for 36 runs.