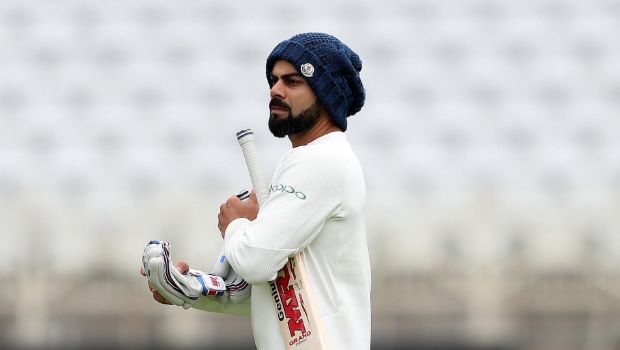 Former Indian opener and now commentator Aakash Chopra believes it will be imperative for Team India that their captain Virat Kohli fires for them in the upcoming ODI series against Australia.

Chopra reckons things will change a little for the visitors if Kohli doesn’t fire at full cylinder.

There is no doubt that Kohli is India’s best batsman in all the three formats and it will be pivotal that he bats at the top of his game against Australia. With no Rohit Sharma in the ODI squad, it makes Kohli’s role even more important as the onus will be on him to get the big runs for the team.

Kohli’s record against the Australian team is also impeccable as he has scored 1910 runs in 40 ODI matches with the help of eight centuries. Consequently, the talisman will look to continue his good show against the hosts.

On the other hand, Aakash Chopra feels Hardik Pandya will have a crucial role to play while batting at number six as he will add the finishing touches to the team’s total. Chopra added that the Indian team should look to bat first and put the runs on the board.

Aakash Chopra said on his YouTube Channel, “They have five full bowlers, with Bumrah and Shami. I will actually be batting first. They should assess the pitch and try to get to 280-300 runs. If Kohli has a great day, India will do well. If Kohli doesn’t fire, things change a little for Team India.”

On the other hand, Aakash Chopra reckons that Australia will be slightly favorites given the fact that they have more all-rounder options in their team. The hosts have the in-form Marcus Stoinis, and Glenn Maxwell, who can turn the match on its head.

Furthermore, the renowned commentator noticed that Australia played together three months ago whereas India’s last series was nine months ago against New Zealand.

“The balance is slightly in favour of Australia but I really hope that it turns around and India wins the match because winning the first match in a three-match series is very important as it gives the winner a significant advantage.”

The first ODI between Australia and India will take place at Sydney Cricket Ground on 27th November.