Aus vs Ind 2020: Important to start well and set the momentum – Virat Kohli 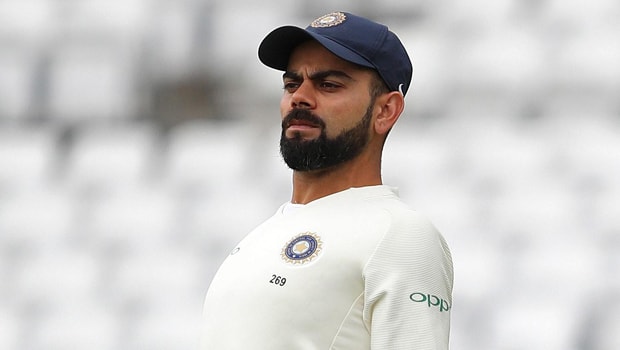 Indian captain Virat Kohli believes it is important to start well and set the momentum ahead of the first ODI against Australia at the Sydney Cricket Ground.

India started their long tour of Australia with the first ODI and it will be crucial for the visitors to set the tone for the rest of the series.

The tourists will play three ODIs, as many T20Is and four Test matches on the Australian tour. Meanwhile, Australian captain Aaron Finch won the toss in the first ODI and decided to bat first.

On the other hand, Virat Kohli revealed that Mayank Agarwal will open the innings with Shikhar Dhawan, in the absence of injured Rohit Sharma. KL Rahul will bat at number five and he is also keeping the wickets.

Virat Kohli said at the toss, “It’s important to start well as a team, we need to start strongly and set the momentum for the matches ahead. The preparations have been nice, we got some valuable time (on account of the quarantine). Mayank Agarwal will open – Manish Pandey, Shubman Gill, Shardul Thakur, Natarajan and Sanju Samson are the five players missing out”.

Meanwhile, Australia have got off to a great start as their openers – Aaron Finch and David Warner have added 138 runs in 26 overs. Both the batsmen are batting unbeaten on 63 and it is noticed that the Indian bowlers have been on the shorter side.

Finch stated that it is nice to get cricket back in Australia after a long time. Furthermore, the fans have also returned to the stadium and 50% of the tickets were on sale for the ongoing series.

Finch said at the toss, “Great to have cricket back in Australia, to play in front of crowds will be nice. The wicket looks good, hopefully, we can put runs on the board and defend. Steve Smith is back, he replaces Mitchell Marsh”.

The second ODI will take place at the SCG on November 29.