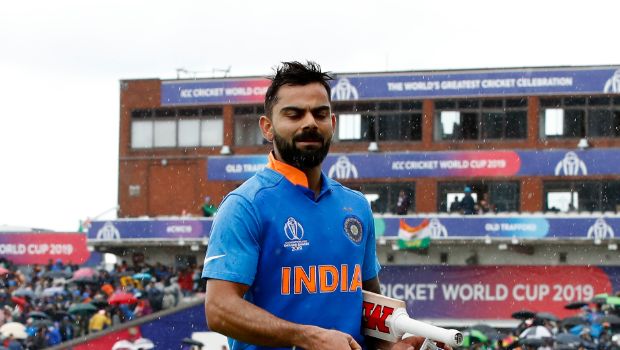 The Indian captain Virat Kohli has decided to take the paternity leave after the first Test match against Australia, to be with his wife for the birth of his first child.

This means that Kohli will miss the last three Tests. There is no doubt that Australia will have the advantage against the tourists in the absence of Virat Kohli.

Former England skipper Michael Vaughan stated that Australia will easily win the Test series in the absence of Virat Kohli. The Indian captain is known to take the bull by its horns and he is always aggressive in his approach. Kohli’s presence brings confidence to the team and it is going to be a tough job for the visitors to win without their full-time skipper.

Meanwhile, Indian vice-captain Ajinkya Rahane will lead the team in the absence of Virat Kohli in the last three Test matches. Rahane had led India to series win in the Dharamshala Test against Australia back in 2017.

India had won the previous Test series against Australia by 2-1 in 2018-19 and it was the first time when the visitors had savoured success on the Australian soil. However, the tourists will have their work cut out against the hosts without the services of their talisman captain.

“No Virat Kohli for three Tests in Australia…The right decision going to be at the birth of his first child…but it means Australia will win the series quite easily IMO .. #JustSaying,” Vaughan said in a tweet.

Meanwhile, Kohli wasn’t at his usual best in the previous series against Australia as the right-hander had scored 282 runs in four Test matches at an average of 40.29.

On the other hand, the first Test, which will be a Day-Night contest, will be played at Adelaide Oval from December 17. Kohli has an impeccable record at Adelaide and he would like to give a perfect start to his team in the all-important Test series.