Home » Cricket » Aus vs Ind 2020: India has nothing to worry about despite Rohit Sharma’s absence – David Warner

Aus vs Ind 2020: India has nothing to worry about despite Rohit Sharma’s absence – David Warner 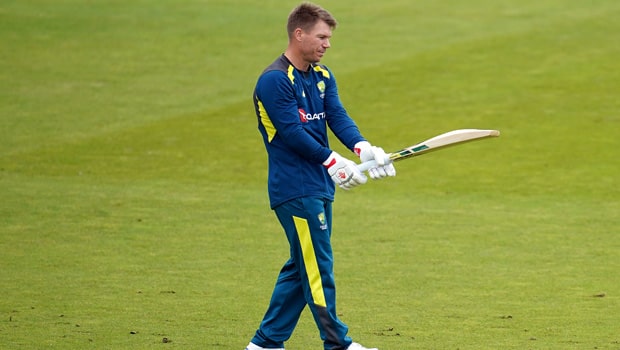 Australia’s experienced batsman David Warner feels the Indian team has a potent bench strength to fill in the big shoes of Rohit Sharma in the upcoming limited-over series. Rohit is yet to fully recover from the hamstring injury, which he suffered during the IPL. There is no doubt that Rohit is a massive player for the team in the white-ball format and his services will be dearly missed.

However, Warner reckons India has got in-form batsmen like Shubman Gill, Mayank Agarwal and KL Rahul to fill in the void of Rohit Sharma. KL Rahul will be the team’s vice-captain in the upcoming ODI and T20I series and he also finished as the leading run-getter of the recently concluded IPL season as he scored 670 runs in the tournament in 14 matches for KXIP.

Agarwal also showed good form while opening the innings for KXIP as he scored 424 runs in 11 innings at an impressive strike rate of 156.45. Furthermore, Shubman Gill also did a decent job for Kolkata Knight Riders as the talented batsman scored 440 runs in 14 matches. Thus, one of them can open the innings with Shikhar Dhawan, who scored 618 runs in the IPL and looked in fine form.

On the other hand, Rohit Sharma has been added to the Test squad and he is expected to open the innings with Mayank Agarwal.

“He’s (Rohit) a big piece of their team they’re going to be missing, but they’ve got great in-form guys, KL Rahul, Shikhar Dhawan and Mayank, these guys played in the IPL so you’ve got guys in good touch and great talent and depth in Indian cricket to take that position of Rohit’s,” Warner said, as quoted by Cricbuzz.

“He’s a big hole in their team up the top, but you’ve got guys who can replace him who are in form that will do a good enough job, if not better, as we saw in India.”

There is no doubt that India will miss Rohit’s services as he is a massive player in the limited overs format. Rohit is currently doing his rehab at the National Cricket Academy in Bengaluru and he is soon expected to join the national team in Australia.

The ODI series will begin from November 27 whereas the T20I will commence from December 4. The first Test match will be played at Adelaide Oval from December 17.