Aus vs Ind 2020: India have got a very good replacement captain in Ajinkya Rahane – Ian Chappell 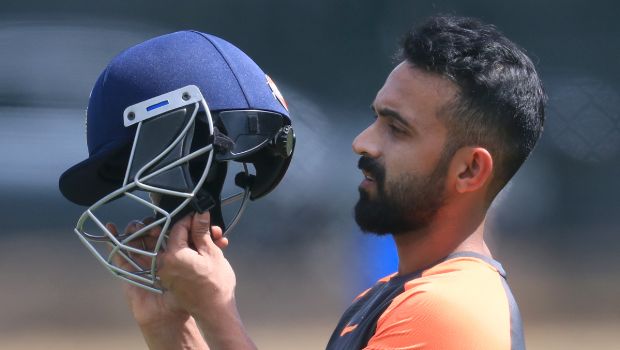 Former Australian skipper Ian Chappell has opined that India have got a very good replacement captain in Ajinkya Rahane for the upcoming four-match Test series.

Chappell recalled the deciding Test match of the 2017 series in Dharamshala in which Rahane led in the absence of Virat Kohli, who had suffered a shoulder injury.

Rahane was able to take the team to victory in the decider and he was aggressive in his leadership. The right-hander had also taken the attack to the opposition bowlers and thus took the team over the line. Furthermore, Rahane has also led in the Test match against Afghanistan, which India won convincingly.

Rahane will lead the Indian team in the last three Test matches as full-time skipper Virat Kohli will head back to India to be with his wife for the birth of his first child. Rahane is known to have a sedate approach and he is completely opposite of Virat Kohli, who is known to take the bull by its horns.

Ergo, Rahane will look to back his own methods in the last three Test matches and he will have his work cut out against a potent Australian team.

“As far as captaincy is concerned, I saw Ajinkya Rahane captain in one Test match against Australia when Australia were in India a few years back and it was the deciding Test match. And I was very, very impressed with Rahane’s captaincy,” he said while speaking to Michael Holding on the West Indies great’s YouTube channel.

“I thought he was very positive, very aggressive. When the game was in the balance, he always took the aggressive option and he batted well at a time when India were probably going to win anyhow but things had got a little bit shaky. And he came in and took on Pat Cummins and took them home to victory.”

There is no doubt that India will miss the services of Virat Kohli and his absence is a massive hole. However, experienced players like Cheteshwar Pujara and Ajinkya Rahane will need to step up their game in the Test series.

Meanwhile, Rahane’s form hasn’t been the best in the recent past and it will be imperative that he gets the runs under his belt in the Test series as it will give him a shot in the arm.