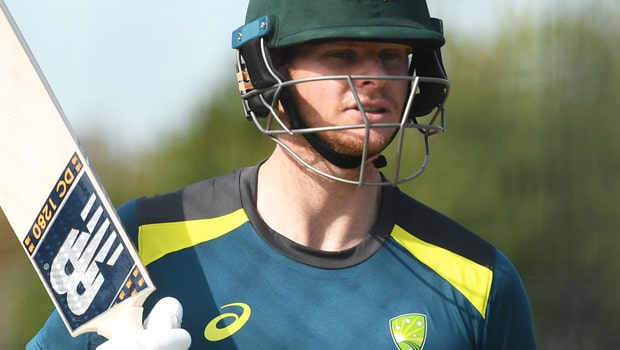 Australia’s talisman batsman Steve Smith believes India have got enough quality in their batting order to replace a big player like Rohit Sharma. Rohit will not be part of the upcoming limited over series as he is still recuperating from hamstring injury at the National Cricket Academy in Bengaluru.

It is also reported that Rohit could miss the Test series as he hasn’t yet fully recovered from his injury. However, India have openers like KL Rahul, Shubman Gill and Mayank Agarwal who all were in terrific form in the recently concluded IPL season.

KL Rahul will be the team’s vice-captain in the upcoming ODI and T20I series and he also finished as the leading run-getter of the recently concluded IPL season as he scored 670 runs in the tournament in 14 matches for KXIP.

Agarwal also showed good form while opening the innings for KXIP as he scored 424 runs in 11 innings at an impressive strike rate of 156.45.

Furthermore, Shubman Gill also did a decent job for Kolkata Knight Riders as the talented batsman scored 440 runs in 14 matches. Thus, one of them can open the innings with Shikhar Dhawan, who scored 618 runs in the IPL and looked in fine form.

Rohit is a massive white-ball batsman but India have got decent back-up players right now as they all are in good form.

Steve Smith said while talking to Cricket Australia, “Rohit is obviously a tremendous white-ball player. He has proven that for a number of years now so it obviously leaves a bit of a hole. [But] I guess the beauty with the Indian team is that there are just so many batters coming through that are high quality.”

He added: “You look at someone like Mayank Agarwal in the IPL, just smashed it. K.L Rahul can bat at the top of the order as well. There are plenty of options there for them. The same with Virat and the Test squad, there are a number of players that can come in and do a good job.”

As Virat Kohli will miss the last three Test matches, Rohit’s presence will be the key for the team in the Test series. However, it is reported that Rohit could miss out on the Test series as he is yet to recover.

The first ODI will take place at the SCG on November 27 whereas the Test series will begin from December 17 at the Adelaide Oval.