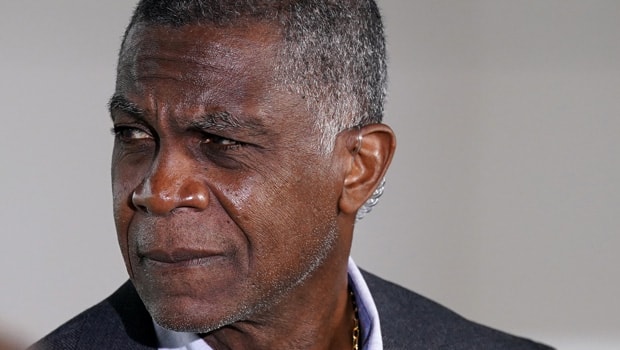 Former West Indies fast bowler Michael Holding reckons India is missing MS Dhoni’s skills in the run-chases. India had to chase down a gargantuan score of 375 runs in the first ODI against Australia but the visitors fell short by 66 runs. Meanwhile, MS Dhoni is regarded as one of the best finishers to have played the game and retired from International Cricket on 15 August.

Dhoni had great finishing skills and always took the game deep. In fact, Dhoni remained unbeaten on 84 occasions in his career of 350 ODI matches and did a fine job for the Indian team. The former Indian skipper batted according to the match situations and mostly delivered the goods for the team.

However, India has had big shoes to fill as Dhoni has retired from all the forms of the game. Furthermore, Dhoni didn’t play any International match after the 2019 World Cup.

Meanwhile, Dhoni had an impressive average of over 50 in his illustrious ODI career and it is never easy for a batsman to have such a high average as he mostly batted at number six in his career.

“It was always going to be difficult for India to chase that down. One thing India will struggle with is the loss of Mahendra Singh Dhoni,” Holding said in his YouTube channel.

“Dhoni comes into this Indian batting order halfway down and he usually takes control while chasing. India has chased so well in the past with M. S. Dhoni in the team.

“This batting line-up that they have got is still very talented – we saw some talented players and fantastic strokeplay. Hardik played a beautiful knock but they still need a player like Dhoni. Not just his skills but his strength of character,” he added.

There is no doubt that Dhoni’s experience will be deeply missed by the Indian team but the visitors will need to bowl better. The second batting team always has fewer chances if the opposition posts 374 runs on the board. Furthermore, Australia continued their domination in the second ODI as they posted 389 runs on the board.