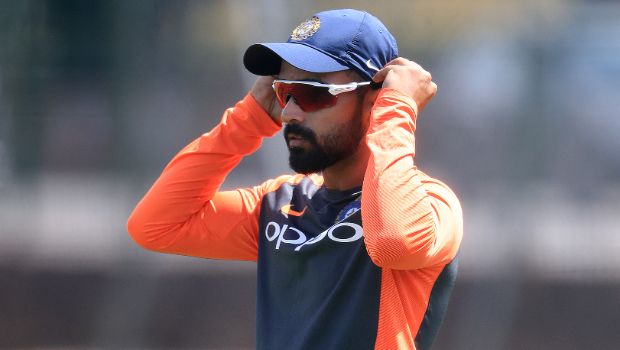 Former Indian opener Gautam Gambhir has opined that India must play with five bowlers in the second Test match against Australia.

However, the tourists have suffered a huge blow as Mohammed Shami has been ruled out of the remaining three Test matches due to a fractured arm. On the other hand, Gambhir wants stand-in captain Ajinkya Rahane to bat at number four as a senior batsman.

Rahane has all the experience under his belt and he should lead from the front in the absence of Virat Kohli. As a senior batsman of the team, it will make sense that Rahane bats at number four whereas KL Rahul takes the number five position in the batting order. Gambhir suggested that India could play Ravindra Jadeja in the final XI as he is in prime form with the bat.

“See the first thing I would like to see from Rahane is for him to bat at 4. If a Gill, Rahul or Vihari is promoted ahead of him, it doesn’t send a strong signal and is slightly negative. Rahane should also push for five bowlers – with the kind of form Ravindra Jadeja is in, he can easily bat at No.4. You have Ashwin and three seamers as well, which will sort out a lot of things. If they have Smith and Labuschagne, then Wade, Head and Paine – so India should look to squeeze in five bowlers and two spinners,” Gautam Gambhir told ESPNCricinfo.

Meanwhile, Rahane will also need to lift the dropping shoulders in the dressing room as the Indian team was bundled out for 36 runs. The Indian batting unit will need to come up with a better performance as they crumbled like a pack of cards in the second innings at Adelaide.

The visitors will need to bounce back in the series and Rahane will play a crucial role in getting the team to regroup after an ignominious defeat. Shubman Gill, KL Rahul, Rishabh Pant and Mohammed Siraj can come into the playing XI in the second Test match.