Aus vs Ind 2020: India will certainly miss the Sharmas, Rohit is a big factor – Sunil Gavaskar 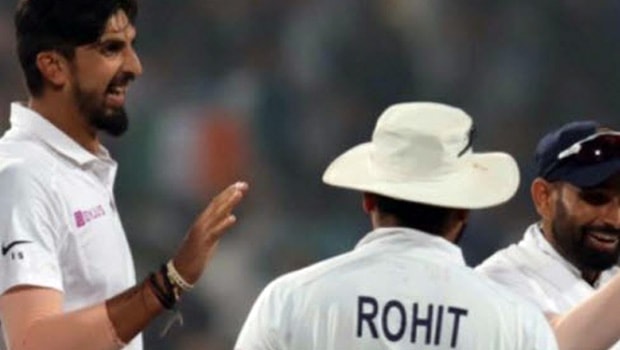 Former legendary batsman Sunil Gavaskar has stated that the Indian team will certainly miss the two Sharmas in their team. Both Ishant Sharma and Rohit Sharma have been ruled out of the first two Test matches and it is a massive blow for the visitors. Rohit’s absence is a big void in the limited overs format as he has been a consistent performer at the top of the order.

Furthermore, Rohit was also able to grab his opportunity as a Test opener as he had scored 529 runs against South Africa in 2019. Rohit is a massive player in the limited overs format and his absence will be felt by the tourists.

On the other hand, Ishant has got all the experience under his belt. The veteran fast bowler is the most improved fast bowler in the last couple of years and his absence will also be felt by the team. The lanky pacer had scalped 11 wickets in three Test matches on the previous tour of Australia in 2018-19.

“They’ll certainly miss the Sharmas. Ishant does not play as many one-day games now, but Rohit definitely is a big factor. Because he is at the top of the innings in all formats of the game now since he started opening the batting in Test cricket last year.”

“So he is, you know, the key in getting the team off to a very good start and his absence in the white-ball games will certainly hamper India in getting off to a flying start,” Gavaskar told West Indies legend Michael Holding on the latter’s YouTube channel.

On the other hand, the Little Master believes Mayank Agarwal could replace Rohit Sharma in India’s final XI in the white-ball series. Agarwal has been in sublime form and he had scored  424 runs in 11 matches while opening for Kings XI Punjab in IPL 2020.

“Mayank Agarwal has come up very well, again in all three formats of the game. So he is again going to be somebody that the Indian team will be looking to to get them off to good scores,” Sunil Gavaskar added.

Meanwhile, Sunil Gavaskar also heaped praise on Jasprit Bumrah and Mohammed Shami and both of them will hold the key in the upcoming four-match Test series. Gavaskar believes Bumrah’s awkward action and Shami’s bouncers could be lethal against Australia.

The first ODI will take place at the SCG on November 27.