Home » Cricket » Aus vs Ind 2020: India will get smoked 4-0 if they don’t get success in limited-over series – Michael Clarke 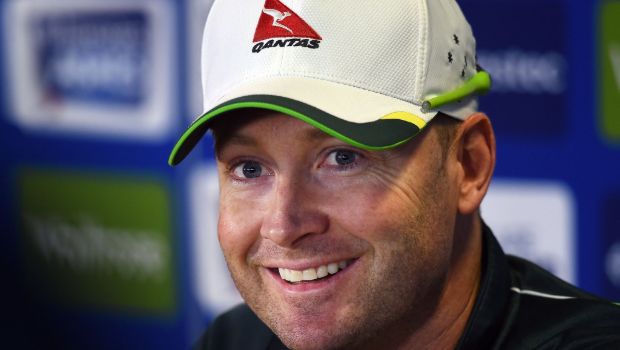 Former Australian captain Michael Clarke has made a bold prediction that Tim Paine’s side will absolutely obliterate the Indian team in the four-match Test if the visitors don’t get success in the limited-over series.

Clarke feels it will be imperative for the Indian team that their skipper Virat Kohli sets the tone for them and leads from the front in the white-ball series.

The tourists will miss the services of Virat Kohli as he will head back to India to be with his wife for the birth of his first child. Kohli’s absence in the last three Test matches is a huge blow for the Indian team and thus the visitors have big shoes to fill.

There is no doubt that Kohli is India’s best batsman and he will be dearly missed. Not only the visitors will miss Kohli for his impressive batting credentials but also they will miss him as an aggressive leader.

Michael Clarke said on Sky Sports radio, “These one-dayers and these Twenty20s is where Virat Kohli can really stand up and lead from the front. I think the tone he sets with this team will play a big role when he leaves, after the first Test match.”

“If India don‘t have success in the one-dayers and the T20s, they are in deep trouble in the Test matches and they’ll get smoked 4-0, in my opinion.”

On the other hand, Clarke also feels India’s gun fast bowler Jasprit Bumrah will have a major role to play in the Test series. Clarke added that Bumrah will need to be aggressive against Australia and he will have to bowl at the top of his game to someone like Steve Smith.

Bumrah was the pick of the Indian bowlers on the previous tour of Australia as he had scalped 21 wickets in the four Test matches and had finished as the joint leading wicket-taker.

Clarke added, “He‘s quick, he’s got a really different action, so I think he needs to set the tone and be really aggressive to the Australian batters. Even to someone like Steve Smith, he’s got to use that short ball consistently and regularly, as Jofra Archer did to Steve Smith in the Ashes.”

“They’ve got to take the Aussies on and those two players are India’s best two players to be aggressive to the Australians.”

Australia will hold the advantage in the absence of Virat Kohli but India have the experienced players in their team, who can deliver the goods. The ODI series will begin from November 27 at the SCG whereas the first Test match will be played at Adelaide Oval from December 17.