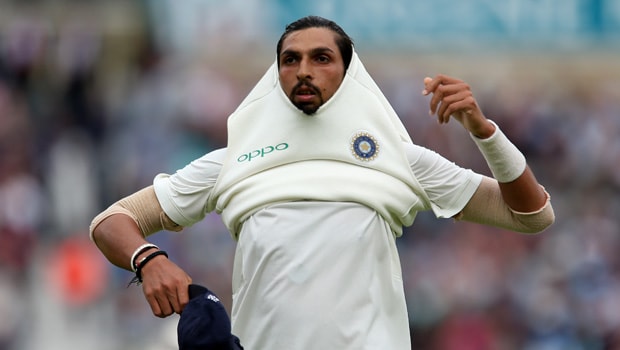 Former Indian batsman and now commentator Sanjay Manjrekar has opined Team India will badly miss Ishant Sharma in the upcoming four-match Test series against Australia. The lanky pacer has got all the experience under his belt and he has been ruled out due to muscle tear.

There is no doubt that Ishant is the most improved fast bowler in the last couple of years and his numbers speak for himself. The lanky pacer had scalped 11 wickets in three Test matches on the previous tour of Australia.

Manjrekar feels Ishant would have helped India in keeping the pressure with Jasprit Bumrah and Mohammed Shami. Ishant is known to keep a tight line and length outside the off-stump and he would have certainly added more power to India’s pace battery.

Ishant has played 18 Test matches in the last two years in which he has snared 71 wickets at an impressive average of 19.14 and he has taken four five-wicket hauls. Hence, he is the most improved Indian bowler.

“He ensured that the pressure wasn’t off. In many ways Mohammed Shami and Bumrah are your seam bowlers and you need somebody to just keep that line outside the off-stump, be economical and keep the pressure on.”

There is no doubt that Ishant’s experience will be missed by the visitors and the onus will be on Jasprit Bumrah and Mohammed Shami. Bumrah had scalped 21 wickets on the previous tour of Australia whereas Shami had snared 16 wickets in the Test series. Thus, both of them will hold the key for the team.

Meanwhile, Umesh Yadav is expected to be India’s third seamer. Former Australian captain Ian Chappell had revealed that Indian head coach Ravi Shastri told him Yadav will be the team’s third pacer for the first Test match. The fast bowler also scalped four wickets in the first warm-up match against Australia A and he will look to continue the good form.