Aus vs Ind 2020: Injury woes continues for Australia as Steve Smith suffers from sore back 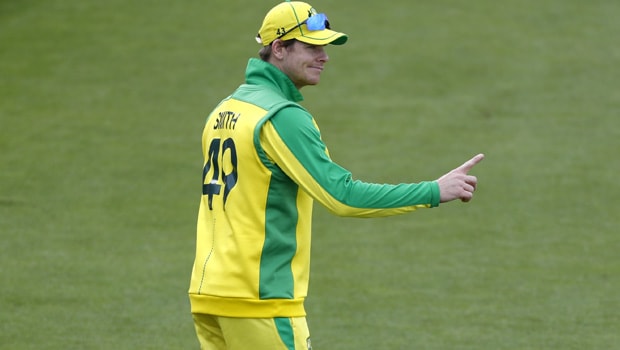 Australia’s injury woes have continued as their talisman batsman Steve Smith didn’t take part in the training sessions on Tuesday at the Adelaide Oval. Smith suffered a sore back while picking up the ball. The right-hander didn’t bat at all in the practice session and he signalled towards the dressing room after 10 minutes of warm-up.

Subsequently, Smith walked off uncomfortably with the physio, which has put his participation in doubt for the first Test match against India. Smith was late to the practice session and it is not a good sign for Australia.

Smith will now need to prove his fitness on the eve of the first Test match. Meanwhile, Australia has already been troubled by a plethora of injuries. The hosts’ opening batsman David Warner is already ruled out of the first Test match due to groin injury which he suffered in the second ODI at the SCG. Consequently, Smith’s participation is even more crucial in the absence of David Warner as he has got the experience under his belt.

Smith’s absence will be a huge blow for Australia as he is going to hold the key in the middle order. The talisman has played 10 Test matches against India and he has an impressive average of 84.05 against the Indian team. Thus, the hosts’ will have huge shoes to fill if Smith misses the first Test match.

On the other hand, Australia’s youngster Will Pucovski is also ruled out of the first Test match due to concussion which he suffered in the first warm-up match against India A. Ergo, Matthew Wade, Marcus Harris and Joe Burns will fight for the opening slot. Furthermore, head coach Justin Langer has confirmed Cameron Green will make his debut for Australia only if he clears the concussion protocols and fitness tests.

The first Test match will be a Day-Night affair and it will take place at Adelaide Oval from December 17.