Home » Cricket » Aus vs Ind 2020: Ishant Sharma recovers from side strain but ruled out of Border-Gavaskar trophy

Aus vs Ind 2020: Ishant Sharma recovers from side strain but ruled out of Border-Gavaskar trophy 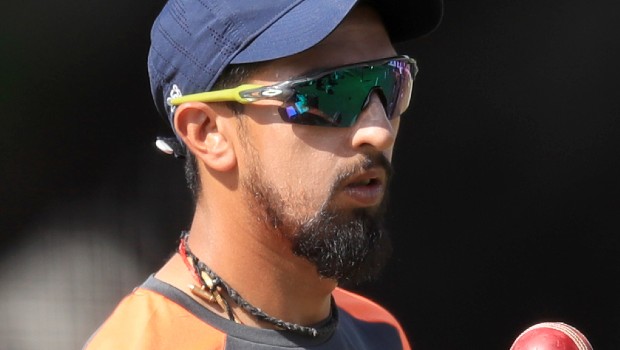 India’s veteran fast bowler Ishant Sharma has completely recovered from the side strain which he suffered while playing in the recently concluded Indian Premier League.

However, the lanky pacer has been ruled out of the Border-Gavaskar trophy as he would need more time to achieve Test match fitness, BCCI announced in a press release on Thursday.

Ishant’s absence will be a huge blow for the Indian team as he is the most experienced Indian bowler. Ishant has improved tremendously in the last couple of years and he had scalped 11 wickets in three Test matches on the previous tour of Australia in 2018-19. The fast bowler could only play a solitary match in IPL 2020 for Delhi Capitals.

“Ishant has recovered completely from his side strain injury sustained during IPL 2020 in the UAE. While he’s building up his workload in order to achieve Test match fitness, Mr Ishant Sharma has been ruled out of the Border-Gavaskar Trophy,” BCCI stated in a release.

On the other hand, BCCI also provided clarity on Rohit Sharma’s injury after a lot of ambiguity. The Indian board has revealed Rohit travelled back to Mumbai from UAE to attend his ailing father and he is currently completing his rehabilitation at the National Cricket Academy in Bangalore.

Rohit will take a fitness Test on December 11 and accordingly a call will be taken on his availability for the last two Test matches.

BCCI added, “Rohit Sharma’s next assessment will be conducted on December 11th following which the BCCI will have clarity on his participation in the upcoming Border-Gavaskar Trophy in Australia. Rohit Sharma had to come back to Mumbai after the IPL to attend to his ailing father”.

Meanwhile, BCCI has added T Natarajan to the ODI squad after Navdeep Saini complained of back spasm. Natarajan had earlier replaced Varun Chakravarthy in the T20I squad to earn his maiden call-up. However, Saini is playing in the first ODI against Australia at the SCG.

The second ODI will take place at the SCG on November 29.