Home » Cricket » Aus vs Ind 2020: Ishant Sharma should be sent immediately if he is fit enough to bowl 20 overs in a day – Sunil Gavaskar

Aus vs Ind 2020: Ishant Sharma should be sent immediately if he is fit enough to bowl 20 overs in a day – Sunil Gavaskar 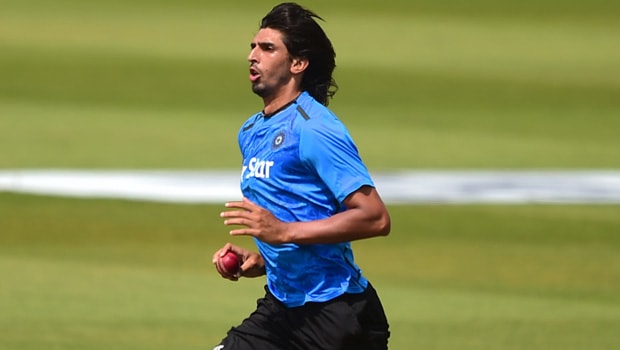 Former Indian legendary batsman Sunil Gavaskar reckons that India’s veteran fast bowler Ishant Sharma should be sent immediately to Australia if he is fit enough to bowl 20 overs. India suffered a huge blow in the first Test match at Adelaide when their lead pacer Mohammed Shami was hit on the wrist by a bumper from Pat Cummins.

Shami was seen in a lot of pain after the blow and as expected he didn’t bowl in the second innings. Indian skipper Virat Kohli also revealed that Shami’s injury looks serious and he has been sent for scans. Thus, Shami could be ruled out of the second Test match against Australia and then it will be a very inexperienced Indian bowling line-up.

Meanwhile, Ishant Sharma had suffered from side strain which ruled him out of the Border-Gavaskar trophy. In fact, the lanky fast bowler has recovered from his injury but he is yet to achieve bowling fitness for a Test match.

Gavaskar added Ishant can play the Sydney Test match if he is sent immediately to Australia keeping the quarantine protocols in mind. The Little Master feels Shami’s injury is going to be a massive loss for India.

“It is a huge loss. Because the ability Shami has to take wickets, the way he used to shock the batsmen with his bouncers and yorkers. If he doesn’t play, then it will be a huge problem.”

Mohammed Shami went wicketless in the first innings of the Adelaide Test match but he didn’t have the rub of the green on his side as he had bowled well. In fact, Shami had scalped 16 wickets in four Test matches on the previous tour of Australia. Shami has one of the best seam positions in the world and he also has a deadly bouncer under his repertoire.

On the other hand, Ishant Sharma has all the experience under his belt and he is the most improved fast bowler in the last two years. In fact, Sharma has an average of 19 in the last 18 Test matches he has played. Ishant had scalped 11 wickets in three matches on the previous tour of Australia.