Home » Cricket » Aus vs Ind 2020: It is possible Hardik Pandya might have told the selectors not to consider him for Test matches – Virender Sehwag

Aus vs Ind 2020: It is possible Hardik Pandya might have told the selectors not to consider him for Test matches – Virender Sehwag 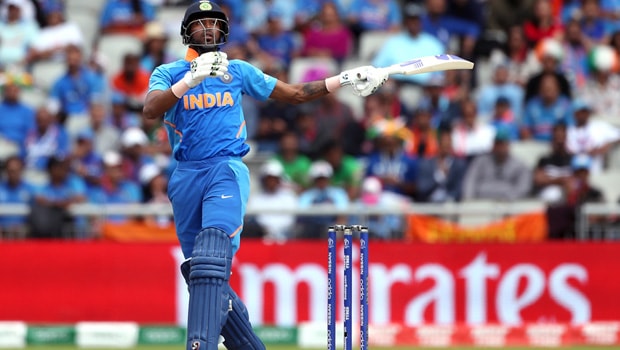 Former Indian opener Virender Sehwag feels it could be a possibility that Hardik Pandya might have told the selectors not to consider him for the four-match Test series as he is not bowling fit. Pandya had played the limited-over series as a specialist batsman and he bowled only four overs of cutters in the second ODI at SCG.

However, Pandya was in sublime form in the white-ball series as he scored 210 runs in the ODI series and finished as India’s highest run-getter. Furthermore, he scored 78 runs in three T20I matches and he was awarded the Player of the series. Pandya was India’s best batsman and he played at the top of his game.

In fact, pundits like Mohammad Kaif and Shane Warne have wanted Hardik Pandya to be selected in the Test series.

However, Pandya had himself revealed that his body is not yet ready for the hardship of Test cricket and he wants to concentrate more on white-ball formats as he can give his best. Pandya is still to achieve full fitness to be ready to be bowling and the Indian captain Virat Kohli had also revealed that the all-rounder can make a Test comeback when he is fit to bowl.

Virender Sehwag said, “If he was bowling, then he would have been a part of the Test team.”

“It is possible Hardik Pandya might have told the selectors not to consider him for the Test matches as he is not bowling fit and that he will only play in the ODIs and T20Is and that he will join back his family.”

Sehwag believes Pandya will be an asset for the Indian team in the red-ball version when he will start bowling. The former Indian opener reckons Pandya can change Test matches on its head with his aggressive batting approach while batting at number six or seven.

“But no doubt when he starts bowling, he will be a crucial part of the Test team. Because of the manner in which he bats in ODI cricket or T20Is, imagine if he starts scoring those quick runs at No.6 or No.7 in Test cricket, India will be in a good position to win Test matches.”

Hardik Pandya has thus far played 11 Test matches in which he has scored 532 runs at an average of 31.8 and he has also scalped 17 wickets.