Home » Cricket » Aus vs Ind 2020: It was planned before the series – Pat Cummins explains his decision to skip limited-over games

Aus vs Ind 2020: It was planned before the series – Pat Cummins explains his decision to skip limited-over games 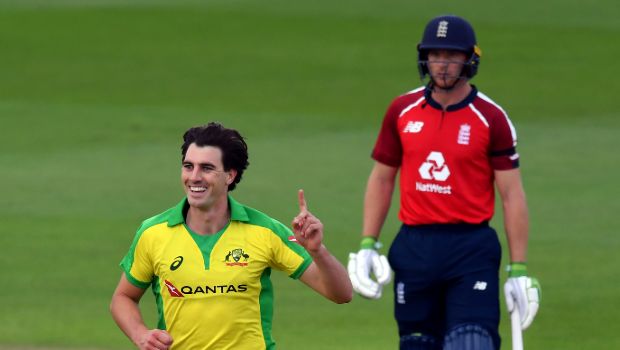 Australia’s gun fast bowler Pat Cummins has revealed it was planned before the white-ball series against India that he will be rested after a couple of games.

Cummins disclosed that he took a break due to bio-bubble fatigue after playing only two ODIs against India.

The fast bowler went wicketless in the first ODI at the SCG and then scalped three wickets in the second match. However, he was rested from the final four white-ball matches to be fresh for the all-important Test series. Cummins’s decision to rest after a couple of matches didn’t go well with pundits like Shane Warne and Brett Lee.

In fact, Cummins had played all the 14 matches for Kolkata Knight Riders in the Indian Premier League and Warne had hit out at Cummins for missing the games for Australia. However, Cummins has revealed that he wanted to have a couple of days break before the four-match Test series.

“We’ve said for months that there’s going to be times where players may need a couple of days or a couple of games off, especially our three-format players…It was planned before the series and no doubt you’ll see that [with many players] over the next however long,” Pat Cummins was quoted as saying in ‘The West Australian’.

Before playing in the IPL, Cummins had played three ODIs and as many T20Is against England. Thus, it was crucial for him to recharge his batteries as the bubble can both physically and mentally take a toll on the player.

Meanwhile, Cummins is the number one Test bowler in the world and he is going to hold the key for the hosts in the upcoming Test series. Cummins will look to be at his best and deliver the goods for his team in the all-important Border-Gavaskar series.

The ace paceman has scalped 143 wickets in 30 Test matches at an average of 21.8. The first Test match will be a Day-Night contest and it will take place at Adelaide Oval from December 17.