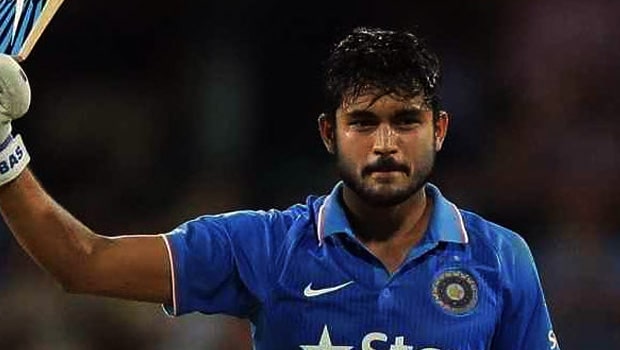 Former Indian batsman and now commentator Sanjay Manjrekar feels it is a bit unfair on Manish Pandey to lose his spot to Hardik Pandya. Manjrekar stated that he would have backed a specialist batsman instead of Hardik Pandya, who hasn’t bowled since his back surgery.

Meanwhile, Hardik Pandya looked in fine form in the recently concluded Indian Premier League while playing for Mumbai Indians. Pandya scored 281 runs in 13 innings for MI at an impressive strike rate of 178.98 and provided the finishing touches for the franchise.

On the other hand, Manish Pandey also delivered the goods for Sunrisers Hyderabad. The right-hander scored 425 runs in 15 innings for the Orange Army at an average of 32.69 and a strike rate of 127.52.

Manjrekar feels it would have made sense to play Hardik Pandya in the final XI if he was also bowling. India are playing with five bowlers in Jasprit Bumrah, Mohammed Shami, Navdeep Saini, Yuzvendra Chahal and Ravindra Jadeja in their final XI. Furthermore, there is no part-time bowler in the playing XI for the visitors.

Thus, even if one of the five main bowlers has an off-day, the Indian captain Virat Kohli doesn’t have an option to get some bowlers from any other bowler.

“Hardik Pandya not bowling and playing as a pure batsman is a bit of a gamble. Let’s hope it works out. Jadeja was to be expected. I just make selections based on principles of having specialists but this is something that is understandable. That said, it’s unfair on Manish Pandey as a pure batsman to miss out to Hardik Pandya,” Manjrekar said during the pre-match show on India’s Playing XI.

On the other hand, the Indian team took the field after a long gap of 290 days. Australian captain Aaron Finch won the toss and decided to bat first. The hosts are in a dominating position as they have added 317 runs in 44 overs as India have been sloppy in the field. Aaron Finch scored a fine knock of 114 runs but the Indian bowlers have been on the short side.

The second ODI between Australia and India will take place at the same venue of SCG on November 27.