Aus vs Ind 2020: James Pattinson ruled out of the third Test match 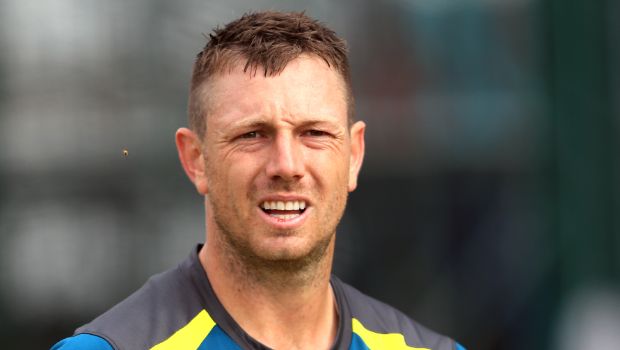 Australia’s fast bowler James Pattinson has been ruled out of the third Test match against India after injuring his ribs due to a fall at his residence.

Pattinson was granted a leave after the third Test match at the MCG. The fast bowler hasn’t played any Test match in the ongoing four-match Test series.

Pattinson is the first back-up option for Australia’s pace trio of Pat Cummins, Mitchell Starc and Josh Hazlewood. However, Cricket Australia has not named any replacement for Pattinson. Michael Neser and Sean Abbott are the reserve fast bowlers in the team, with the latter returning to the squad after recuperating from calf injury.

However, both Neser and Abbott are yet to make their Test debuts. Furthermore, leg-spinner Mitchell Swepson is the other specialist bowler in the Australian squad. Australia has backed their first choice fast bowlers in Starc, Cummins and Hazlewood and they have done a decent job thus far for the team.

Meanwhile, James Pattinson has been troubled by a spate of injuries throughout his career. The fast bowler’s fitness will be assessed after the Sydney Test and accordingly a call will be taken regarding his availability for the fourth Test match at the Gabba.

On the other hand, Pattinson had a decent IPL season for eventual winners Mumbai Indians. He scalped 11 wickets in the 10 matches for the Rohit Sharma-led team.