Aus vs Ind 2020: Jasprit Bumrah is going to hold the key – Josh Hazlewood 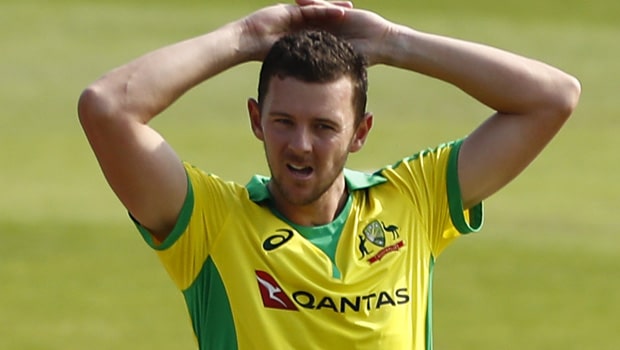 Australia’s fast bowler Josh Hazlewood believes Jasprit Bumrah is going to hold the key for the Indian team in the upcoming four match Test series. Bumrah was the star of the show in the previous series between the two sides as he had scalped 21 wickets to finish as the joint highest wicket-taker.

Hazlewood feels the Australian batsmen must tire out Bumrah and if he stays fresh, he is going to be lethal in the Test series. The Indian pace unit had outbowled Australia in the last Test series as they had collectively scalped 50 wickets in the series.

However, India’s veteran pacer Ishant Sharma is still recovering from his muscle injury at the National Cricket Academy at Bengaluru. Thus, the onus will be on Mohammed Shami and Jasprit Bumrah to deliver the goods, if Sharma is not able to join the team. Shami had also bagged 16 wickets in the previous series and he will also hold the key.

On the other hand, Steve Smith and David Warner are back in Australia’s squad and they are going to add value. Furthermore, Marnus Labuschagne has been in sublime form and it is a better Australian team as compared to the one of 2018-19. Consequently, Indian pace battery will have their work cut against the potent Australian team.

“Bumrah is probably the standout. He is unique with his action. He maintains pace very well throughout the day, and the whole series. He is probably the key. He can take wickets upfront or with the old ball. I guess it’s about getting a lot of overs into him, try to tire him out in the first couple of games. That will be the key,” Hazlewood said.

On the other hand, Hazlewood feels India-Australia rivalry is right up there with the Ashes. Furthermore, Hazlewood, who is known for his accurate line and length, stated that the previous series loss against the Indian team will motivate them to come hard at the visitors.

Moreover, Australia will hold the advantage as India will be without the services of their talisman captain Virat Kohli for the last three Test matches. Kohli will head back to India after the first Test match to be with his wife for the birth of his first child.