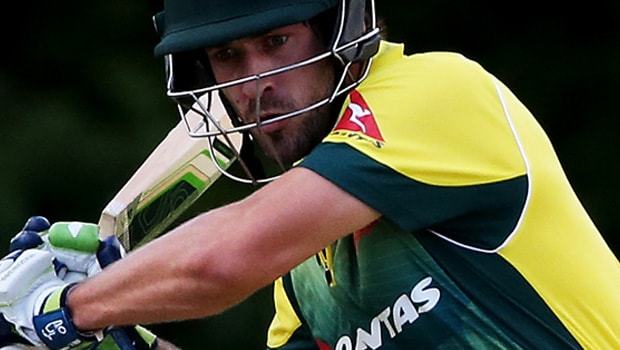 Australia’s opener Joe Burns had received a nasty blow on the helmet from India’s gun pacer Jasprit Bumrah in the pink-ball Test match at Adelaide, which had put his participation in the second Test match. However, the right-hander has been cleared to play in the Boxing Day Test match at the MCG.

Burns had got back into form as he scored an unbeaten knock of 51 runs to help Australia chase down the target of 90 runs in the second innings. On the other hand, young Will Pucovski has been ruled out of the second Test match as he is yet to recover from concussion.

Pucovski was hit on the helmet by Kartik Tyagi in the first warm-up match against at Drummoyne Oval, Sydney. The 22-year old youngster was all set to make his Test debut at the Adelaide Oval.

“Joe Burns has been cleared of serious damage to his arm, while concussed young gun Will Pucovski has been ruled out of a Boxing Day Test debut,” a report in ‘The West Australian’ said.

According to the report, “Australia is adopting an understandably conservative approach as the Victorian (Pucovski) recovers from his ninth concussion.”

Meanwhile, Australia’s veteran opener David Warner also travelled to Melbourne on Saturday after a sudden outbreak of Covid-19 in Sydney. Warner is racing against time to get fit for the second Test match at MCG.

The left-hander had earlier stated that he is hopeful to get fit for the Boxing Day Test match. Warner was ruled out of the first Test match after he suffered a groin injury in the second ODI match at the SCG, which had also ruled him out of the limited-overs leg.

Australia had taken a 1-0 lead after the first Test match as they won by eight wickets. The hosts came up with a brilliant bowling performance in the second innings to bundle out India for only 36 runs, which is the visitors’ lowest total in a Test match inning.