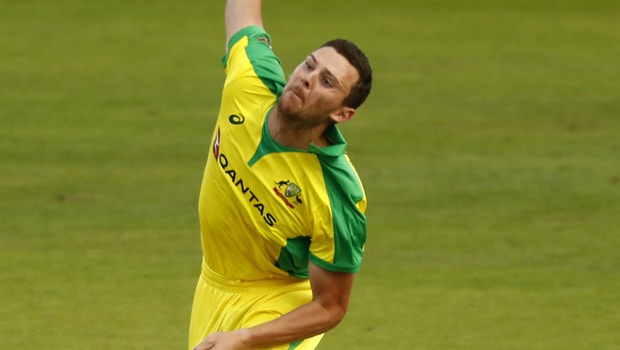 India’s talisman batsman Cheteshwar Pujara had played a key role in the success of the team in the previous tour of Australia. Pujara had amassed 521 runs in the four-match Test series, including three centuries and the right-hander made sure that he sucked every ounce of energy of the Australian bowlers.

Pujara faced 1258 balls and spent 1867 minutes at the crease to frustrate the Australian bowlers. In the end, it played a crucial role in India’s maiden Test series win on the Australian soil as the hosts’ bowlers were tired whereas the visitors’ pace battery received enough time to recharge their batteries.

Australia’s ace paceman Josh Hazlewood has urged his team’s batsmen to adopt a similar approach which Pujara had in the previous series. In fact, this is how Pujara always plays as he is known to take his time at the crease before scoring his runs. The right-hander from Saurashtra has a strike rate of 46.19 in the red-ball version.

“I think what you probably saw was the bowlers not getting enough rest in between innings and Pujara faced a lot of balls and I guess in a long series, that’s the batsman’s goal, one to score runs and to win that Test and to keep that frontline attack out on the field for as long as possible and obviously get the benefits of that later in the series which is what exactly happened last time around,” Hazlewood said at the virtual press conference.

“We spent a lot of time in the field in Melbourne with short rest in between and then again in Sydney, so that, in a four-match or five-match series, that’s a huge goal of batters to score runs in early games, to spend a lot of time in the middle, to get some miles and legs of the opposition bowlers.”

On the other hand, Hazlewood feels it would be important to start well against the Indian captain Virat Kohli in the first Test. Kohli will leave back to India after the first Test and he will look to set the tone for the rest of the series. Kohli has an impressive record while playing against Australia and he will aim to be at his best.

There is no doubt that Kohli and Pujara will hold the key for the Indian team. Ajinkya Rahane will lead the team in Kohli’s absence and he is going to be crucial for the visitors. The experienced players will need to be at their best and they will look to deliver the goods.