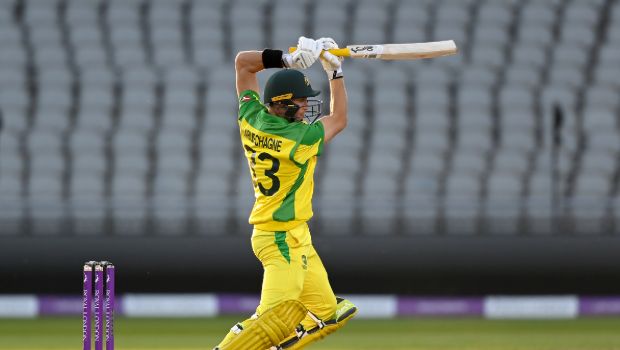 Australia has copped a big blow as their talisman opener David Warner has been ruled out of the limited over series against India.

Warner suffered a groin injury during the second ODI against the visitors while fielding. The left-hander has been replaced by D’Arcy Short for the T20I series.

With no Warner for the last ODI of the series, it will provide an opportunity for other batsman to open the innings with Aaron Finch. If given the chance, Marnus Labuschagne is ready to grab it with both hands. The right-hander scored a fine knock of 70 runs from 61 balls in the second ODI against India and looked in fine form.

Meanwhile, Aaron Finch and David Warner have been providing excellent starts to their team in the ongoing ODI series. Both of these experienced batsmen had added 156 runs in the first ODI whereas they posted 142 runs in the second ODI to give a perfect platform to their team.

Warner has scored two fifties in the two matches and he has been the aggressor in the opening partnership whereas Finch has played second fiddle.

Thus, whosoever will replace David Warner in the third ODI and the T20I series at the top of the order, will have big shoes to fill.

“He’s (Warner has) been a massive part of us winning this series and it is not great that we’ve lost him but like anything, it provides an opportunity for someone else to step up in the top order and make runs.”

“Certainly, if I got asked to open the batting, absolutely it’s an opportunity that I would enjoy doing. But we’ll have to wait and see.”

On the other hand, Marnus Labuschagne feels Joe Burns should open with David Warner despite he isn’t in the best of forms. Labuschagne added Burns had done enough in the previous summer to get another chance. On the other hand, Australia can also open with Will Pucovski, who has scored two double centuries in the Sheffield Shield.

The third ODI will take place at Manuka Oval, Canberra on 2nd December whereas the T20I series will begin from 4th December. The Test series will commence from 17 December at Adelaide Oval and the first Test will be a Day-Night contest.