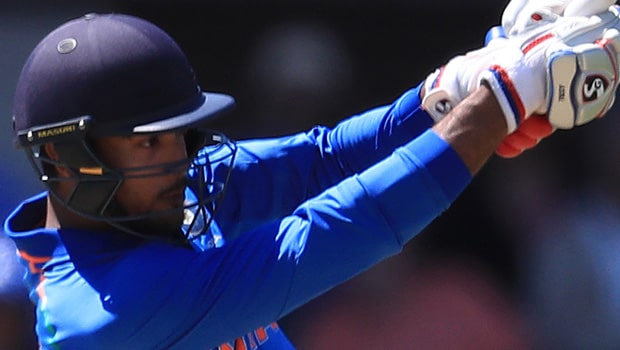 India’s opening batsman Mayank Agarwal made an impressive debut back in 2018-19 tour of Australia but the right-hander hasn’t been able to return the same performances in the ongoing Border-Gavaskar series. The right-hander scores read as 17, 9, 0 and 5 in the four innings he has played and he has had issues with the ball coming into him from left-armer Mitchell Starc.

Agarwal has created a big gap between his legs and it is giving him issues when he is playing on the backfoot. Furthermore, Agarwal has a high backlift and he is getting late on the ball which is pitched full and swinging into him.

Thus, the right-hander needs to sort his issues before the third Test match at the SCG. Furthermore, either Mayank Agarwal or Hanuma Vihari’s place could be in jeopardy as the team has named Rohit Sharma as the vice-captain for the last two Test matches.

“His new stance is giving him less options on the backfoot, something that he cannot do on Australian pitches,” Gavaskar said while speaking to the Australian media.

Agarwal had shown great form in the IPL as he had amassed 424 runs while playing for Kings XI Punjab. Agarwal’s stance had opened scoring opportunities for him but the same is now creating issues for him. Gavaskar advised Agarwal to open his stance, which will help him cover the line of the ball which is coming back into him.

“It can help him cover for that movement inside from the left-arm pacer”, Gavaskar added.

On the other hand, former Indian wicket-keeper batsman Deep Dasgupta has also advised Agarwal to change his stance. Dasgupta stated that Agarwal should have a close grip which will help him react to the ball faster than what he is currently doing.

“It happened to me once too and it needs to be worked on. He can probably bring his wrists closer so that he can get to the ball quicker,” Deep Dasgupta stated.

Agarwal should be able to hang on to his place as he has done a fine job in the past. The right-hander will look to sort out his weaknesses and come out strongly in the third Test match. The third Test will begin from January 7 at the Sydney Cricket Ground.