Aus vs Ind 2020: Mitchell Starc in line for Adelaide Test after rejoining squad 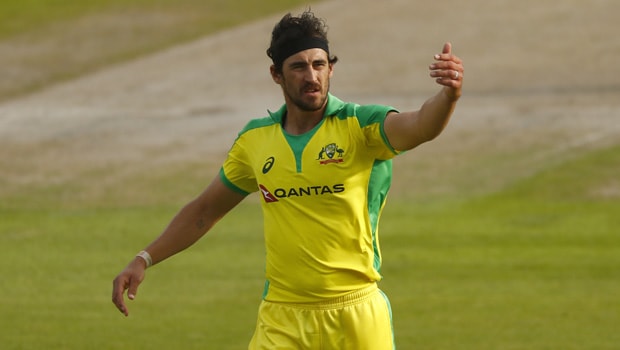 In fact, Starc wasn’t in the best of forms in the ODI series but should get glimpses of returning back to his best in the first T20I. Meanwhile, Starc’s numbers are staggering in the pink-ball Test match and his experience will be absolutely vital for the hosts.

The left-arm gun pacer has scalped 42 wickets in seven pink-ball Test matches. Thus, Starc could be a threat to the Indian team, which will play their maiden Day-Night Test in overseas conditions.

“Starc has advised Australian team management he is ready to re-enter the hub in Adelaide and will fly from Sydney on Monday with fellow Test squad members in the Australia A team,” Cricket Australia said in a statement on Sunday (December 13).

“It’s obviously great news for us to have Starcy come in tomorrow,” Hazlewood said on the sidelines of Australia’s training session on Sunday. “He’s a huge part of our team and a huge part of our attack. Everyone knows his numbers with the pink ball are pretty special so we welcome him with open arms,” he added.

Mitchell Starc has all the experience under his belt and he will look to hit the ground running. The 30-year-old pacer has scalped 244 wickets in 57 Test matches at an average of shade under 27.

However, Starc’s numbers aren’t that promising when he plays against India. The left-arm pacer has snared 31 wickets in 11 Test matches at an average of 36.19 while playing against India. Consequently, he will look to turn the tables in the upcoming series.

On the other hand, Josh Hazlewood and Pat Cummins will hold the key for the hosts. Furthermore, Australia has James Pattinson who can deliver the goods. The hosts also have all-rounders like Michael Neser and Cameron Green.