Home » Cricket » Aus vs Ind 2020: Mohammed Shami will not be an easy bowler to face – Sunil Gavaskar

Aus vs Ind 2020: Mohammed Shami will not be an easy bowler to face – Sunil Gavaskar 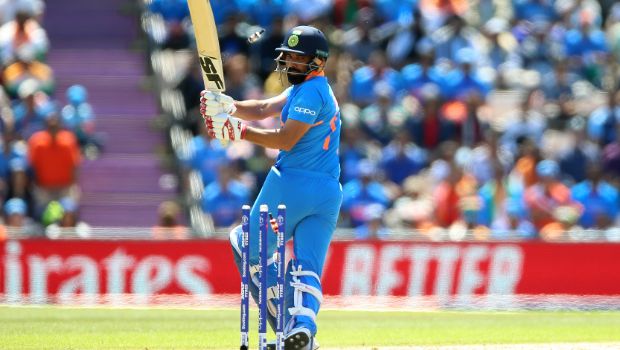 The Little Master believes Shami will not be an easy bowler to face if he can find the right rhythm. Gavaskar stated that Shami has an accurate bouncer and he is going to hold the key for the Indian team.

Meanwhile, Shami had scalped 16 wickets in four Test matches on the previous tour of Australia back in 2018-19. Thus, Shami had played a key role in the success of the team as they won their maiden Test series on the Australian soil.

On the other hand, Shami had been in sublime form in the recently concluded Indian Premier League. The gun fast bowler scalped 20 wickets in 14 matches for Kings XI Punjab and bowled at the top of his game. Shami also recently stated that his IPL performance will help his confidence on the Australian tour.

Meanwhile, Australia’s talisman batsman Steve Smith recently said that he is not bothered about facing short stuff from the Indian fast bowlers. However, Gavaskar believes a good bouncer can trouble the best of the batsmen and Shami is going to hold the key for the visitors.

“No one is ever ready for the short ball! A good short ball will trouble the best of batsmen. Nobody can say ‘I’m ready’. Mohammed Shami in particular has a fabulous bouncer. If he gets it right on target, then you can be pretty certain that not too many batsmen will be able to negotiate him,” Gavaskar told Sportstar.

“He is not very tall and his short ball will come skidding at you around your shoulder and head, and that’s the most difficult delivery to play. If his rhythm is right, he will not be an easy bowler to play,” Gavaskar added.

India’s pace battery had outbowled Australia in the previous series as they had collectively scalped 50 wickets. Jasprit Bumrah was the pick of the bowlers as he had finished as the leading wicket-taker with 21 wickets. Consequently, Bumrah and Shami will play a crucial role for the Indian team in the upcoming Test series.

India will begin their tour with the ODI series and the first ODI will take place at the SCG on November 27. The first Test match will be played at Adelaide Oval from December 17.