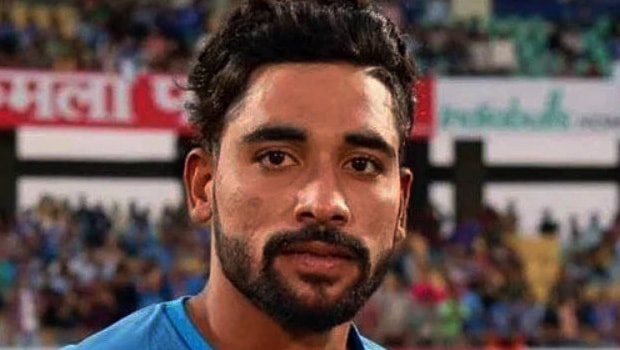 India’s rookie fast bowler Mohammed Siraj has had an impressive debut thus far as he has bowled with great control. Siraj has looked in great control and the youngster has bowled in the right areas to trouble the Australian batsmen. The 26-year old from Hyderabad had scalped two wickets of Marnus Labuschagne and Cameron Green in his debut Test innings.

Labuschagne was a huge wicket for India as the right-hander was well-settled after scoring 48 runs. Siraj once again got the wicket of Travis Head in the second innings and bowled in the right areas to keep the scoring rate down.

Meanwhile, Siraj has been a consistent performer during the A tours of the Indian team and he has good experience of bowling in the SENA countries. In fact, Siraj had scalped 8-59 against Australia A and he had dismissed players like Marnus Labuschagne and Travis Head. The fast bowler was also able to dismiss both of them in the ongoing Test match.

“I bowled well in New Zealand, England, West Indies during India ‘A’ tours and that experience has helped me a lot,” Siraj said. “After doing well for India ‘A’ in the red ball format, I performed with the white ball in this year’s IPL and that further increased my confidence. I was positive that I can do well for the senior team too.”

On the other hand, India’s gun fast bowler Jasprit Bumrah has been giving all the confidence to Siraj. The pacer from Hyderabad revealed that Bumrah told him to bowl consistently at one area and create pressure with dot balls.

“Jassi bhai told me that don’t try anything different. Bowl in one area and create pressure with dot balls. He also told me to give equal focus on each ball that I bowled.”

Siraj is also optimistic of skittling out Australia early on during the penultimate day. The hosts are currently struggling at 133-6 and they lead by two runs. Thus, the tourists are in a commanding position in the ongoing Test match and look all set to level the series.

India has dominated all the three days of the second Test match and it has been a collective effort from the team. However, the job is yet to be done and they would like to land the final blow on the Australians on day four.