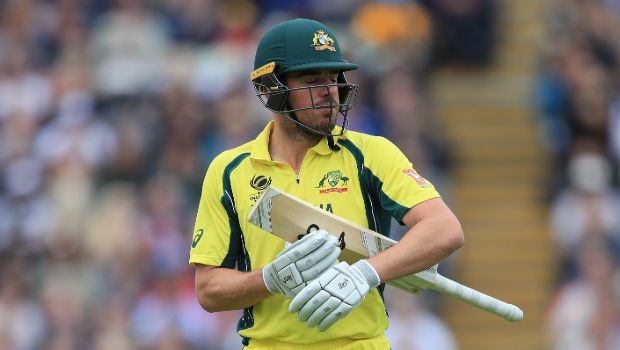 New South Wales all-rounder Moises Henriques has been added to the Australian squad for the first Test match against India.

Henriques has been called in after all-rounder Sean Abbott was ruled out due to calf injury which he suffered during the second warm-up match for Australia A at the Sydney Cricket Ground.

Abbott bowled 12 overs in the first innings and picked up three wickets whereas he could only bowl seven overs in the second dig. The all-rounder will now start his rehabilitation and he is expected to be fit for the Boxing Day Test match at the iconic MCG.

On the other hand, Moises Henriques has recovered from the hamstring injury which had ruled him out of the two warm-up matches against India A. Henriques was part of the limited overs format series against the visitors and he will join the Australian squad in Adelaide for the first Test match.

Henriques had scored 61 runs in the three T20Is whereas he had also scalped three wickets. However, Cameron Green has a good chance to make his Test debut as the all-rounder has been in top form. Green has consistently scored runs in the Sheffield Shield and he also scored a fine hundred in the first warm-up match at Drummoyne Oval, Sydney.

Meanwhile, Australia has been troubled by a plethora of injuries. Earlier, David Warner was ruled out due to groin injury, which he suffered while fielding in the second ODI against India at the SCG. Furthermore, Will Pucovski had suffered mild concussion after he was hit on the helmet by Kartik Tyagi in the first warm-up.

Thus, Cricket Australia also added Marcus Harris to the Test squad. Harris had opened the innings for Australia against India in the previous Test series in 2018-19. Furthermore, Harris also has been in sublime form in the Sheffield Shield as he has scored more than 350 runs.