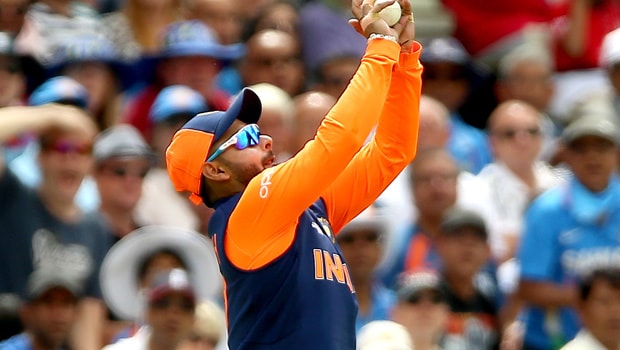 India’s former chief selector MSK Prasad has backed Indian team to pick Rishabh Pant over Wriddhiman Saha in the next three Test matches against Australia. Prasad revealed that his committee was clear Pant will be their first choice wicket-keeper in countries like England and Australia.

In fact, Pant had scored centuries on both tour of England and Australia and had proved his mettle in overseas conditions. However, he didn’t have a great tour of New Zealand.

Meanwhile, India’s head coach Ravi Shastri had earlier revealed that Wriddhiman Saha will be preferred in Indian conditions as he is a better keeper than Pant whereas Pant will be given preference in the overseas conditions. Furthermore, Pant had scored a fine century in the second warm-up match against Australia A at the SCG and thus he is in sublime form.

Wriddhiman Saha was backed by the team’s think tank in the first Test match but he couldn’t grab his opportunity as he could only score nine and four runs in the two innings at Adelaide.

“Look, our committee was clear that Rishabh Pant will be our first choice keeper in places like England and Australia. Only when we are looking at matches in India where you don’t need batting after number six most times, you can have a specialist keeper,” Prasad told PTI on Sunday.

“I believe Rishabh has worked on his fitness issues during the past month and looked in good touch during the pink ball practice game. So I would agree with the team management if they give Rishabh a go for the next three Tests,” Prasad, himself a former India wicketkeeper, said.

Rishabh Pant is known for his aggressive batting and he can take the game away from the opposition with his blistering batting. Pant can get quick runs while batting with the tail and he had scored a whirlwind knock of 159 runs at SCG on the previous tour of Australia in 2018-19. The southpaw had scored 350 runs at an impressive average of 58.33 in four Test matches in the last tour of Australia.

Pant is expected to replace Saha and he would aim to grab his opportunity with both hands as he has already lost his place in the limited-overs team. The second Test match will take place at MCG from December 26.