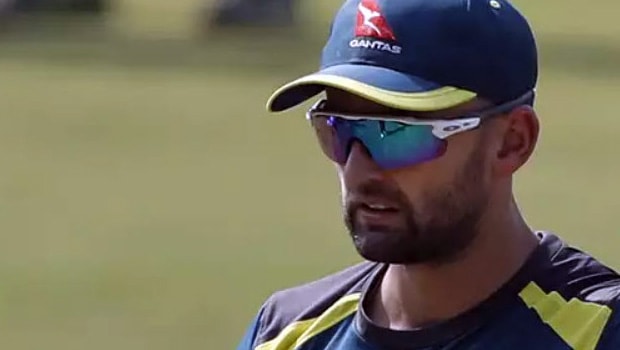 Australia have decided to add their veteran spinner Nathan Lyon in the T20I squad for the last two T20Is against India. The hosts have also released rookie player Cameron Green to play for Australia A in the ongoing first warm-up match against India A at the Drummoyne Oval, Sydney.

Australia had played both Mitchell Swepson and Adam Zampa in the first T20I against India at Manuka Oval, Canberra. Swepson had scalped the big wicket of Virat Kohli whereas Zampa had returned with impressive figures of 1-20 in his quota of four overs. Thus, it would be interesting to note if Lyon will make it to the final XI in the last two matches.

On the other hand, Mitchell Starc has also decided to pull out of the T20I series after learning about family illness. Starc has been released from the bubble and he is expected to join the team later. Earlier, Australia have already coped with injury blows as David Warner, Mitchell Marsh and Ashton Agar have been ruled out.

Furthermore, Australia’s captain Aaron Finch is also doubtful for the second ODI due to the hip injury. Matthew Wade is Australia’s vice-captain and he could be asked to lead the team. In fact, there are also speculations that former captain Steve Smith could lead the team.

Meanwhile, India had won the first T20I by 11 runs after an impressive performance. Ravindra Jadeja blistering knock of 44 runs and KL Rahul’s 51 had taken India to a competitive total of 161 runs. Subsequently, Yuzvendra Chahal scalped three wickets for 25 runs when he came out as a concussion substitute for Ravindra Jadeja, who was hit on the helmet by Mitchell Starc.

Furthermore, T Natarajan had a perfect T20I debut for the national team as he snared three wickets and conceded 30 runs in his four overs. The second T20I will take place at Sydney Cricket Ground on 6th December.