Aus vs Ind 2020: Nobody can fill MS Dhoni’s place, we have learnt a lot from him – KL Rahul 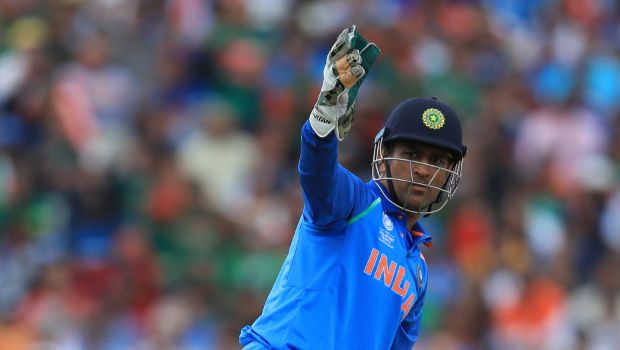 India’s wicket-keeper batsman KL Rahul has admitted that nobody can ever fill the big shoes of former skipper MS Dhoni.

Dhoni announced his retirement on August 15 after he didn’t play any International cricket for over a year. Rahul also revealed that the Indian players have learnt a lot from the legendary wicket-keeper batsman.

MS Dhoni was always instrumental in the success of the team and took Indian cricket to new great heights. The former Indian captain had his own methods and the team might never find another MS Dhoni.

Meanwhile, KL Rahul is now the first choice wicket-keeper batsman in the limited overs format as he has done a fine job. Rahul has scored runs consistently and he has also done a decent job behind the wickets.

Rahul has been in sublime form in the recent past and he finished as the leading run-getter in the recently concluded Indian Premier League as he amassed 670 runs in 14 matches while leading Kings XI Punjab.

Rahul also added that he will look to give valuable feedback to spinners like Yuzvendra Chahal, Kuldeep Yadav and Ravindra Jadeja in the upcoming series.

“Nobody can fill MS Dhoni’s place. He has shown us how a wicketkeeper-batsman’s role ought to be fulfilled. So we have learnt a lot from him. I share a decent understanding with Yuzvendra Chahal, Ravindra Jadeja and Kuldeep Yadav and will probably give them feedback about what I feel is a better length or pace to bowl or if we can change the field set… anybody donning the gloves will have that responsibility,” Rahul told SportsStar in an interview.

“I’ve done this in one series in New Zealand and I quite enjoyed it… hopefully, I can get better at reading the game and give good feedback to the bowlers and the captain,” Rahul added.

On the other hand, KL Rahul was added to the Test squad after his impressive white-ball form performances. Rahul is expected to replace Virat Kohli in the final XI in the last three Test matches and he will look to deliver the goods in the red-ball format.

The first ODI will take place at the SCG on November 27 whereas the Test series will begin from December 17 at the Adelaide Oval.