Home » Cricket » Aus vs Ind 2020: Not many of these slower balls and yorkers will not be effective in Test cricket – T Natarajan’s coach

Aus vs Ind 2020: Not many of these slower balls and yorkers will not be effective in Test cricket – T Natarajan’s coach 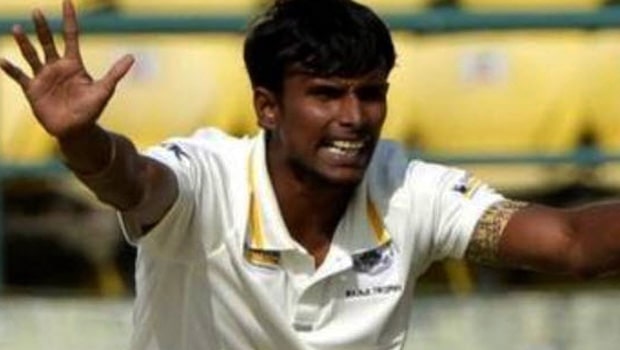 Thangarasu Natarajan has had an incredible start to his International career. Natarajan had scalped two wickets in his debut ODI match and then also impressed in the T20I series. The left-arm pacer finished as the leading wicket-taker of the T20I series as he bagged six wickets in three matches.

After his impressive show in the limited over series, Natarajan was added to the Test squad as Umesh Yadav was ruled out with a calf injury. Meanwhile, T Natarajan’s Tamil Nadu coach Diwakar Vasu believes his ward’s slower balls and yorkers will not be as effective in the Test format.

Vasu reckons Natarajan will need to bowl fuller and he must try to get the ball to swing if he wants to savour success in the red-ball version of the game. Natarajan bowls around 135kmph and Vasu feels his bouncers won’t be that effective in the Test format.

Natarajan has taken giant strides in the last couple of months as he has impressed one and all with his skills. The 29-year old had also scalped 16 wickets for Sunrisers Hyderabad in the Indian Premier League, which helped him make the cut into the Indian team.

“See, I am very happy for him and want him to play Tests and wishing him success. But I am not saying he is going to be immediately successful. He has to learn, and I am sure he is a quick learner. We have to see if he is ready for Test cricket. It will depend on how he grabs the opportunity (if it comes),” said Vasu while speaking with Indian Express.

“He needs to swing the ball. He needs to bowl a more consistent line. He also needs to cut the ball (off the seam). Test cricket is not easy. Not many of these slower balls and yorkers are going to be effective as far as Test cricket is concerned. And I don’t think that at his pace (around 130kph), bouncers could be a (wicket-taking) option. I think (if he plays), he needs to bowl up, work on his swing, work on his angles. That would be a better option for him,” Vasu added.

T Natarajan has had a perfect start to his International career but the red-ball format is a different ball game altogether. The southpaw pacer will look to grab his opportunity if he gets his chance in the third Test match. Natarajan has thus far played only 20 First-class matches in which he has scalped 64 wickets at an average of 27.03.