Home » Cricket » Aus vs Ind 2020: Our batting depth will be tested in Warner’s absence – Steve Smith

Aus vs Ind 2020: Our batting depth will be tested in Warner’s absence – Steve Smith 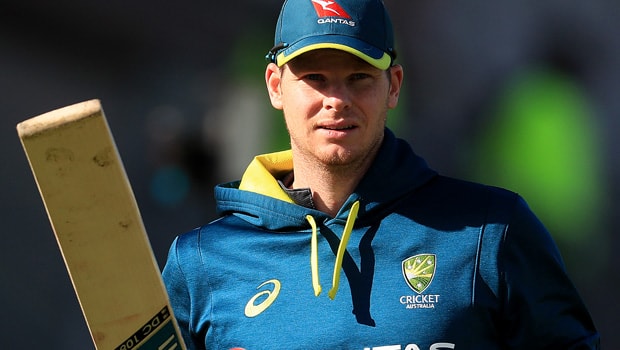 Australia’s talisman batsman Steve Smith reckons the team’s batting depth will be tested in the absence of their veteran opener David Warner. The left-hander was ruled out of the first Test match against India due to groin injury which he suffered while fielding in the second ODI at the Sydney Cricket Ground.

Warner’s absence will be a massive void as he has got all the experience. Furthermore, Australia will have their opening woes as youngster Will Pucovski was hit on the head in the first warm-up against India A and suffered mild concussion, which has put his participation in doubt for the first Test match. Furthermore, Joe Burns is in poor form with the bat as he averages below 10 in his last seven first-class innings.

Thus, Australia’s batting depth will be tested to the limits by a potent pace battery of the Indian team, which has taken giant strides in the last few years. Mohammed Shami and Jasprit Bumrah had savoured success on the previous tour of Australia as they had scalped 16 and 21 wickets respectively.

Smith told reporters, “I think our depth is obviously going to be tested with Davey out a few potentially new players coming in. It’ll test us out, no doubt, against a good Indian outfit. They beat us out here last time and they’re a very good side. Whoever is up there and whoever is in the team hopefully we will do our job and can have a successful summer.”

On the other hand, Smith has an immaculate record while playing against India. In the 10 Test matches against India, Smith has scored seven centuries at a splendid average of 84.05. Smith revealed that he would be happy to bat at three or four in the batting order. Smith is expected to bat at four while Labuschagne will bat at one down for the hosts.

“That doesn’t bother me too much. I’ve batted a fair bit at number three, so three or four. Any lower than four I wouldn’t be overly happy…Anywhere up there I’m fine.”

Meanwhile, Aaron Finch and Tim Paine are doing a fine job as leaders in limited-overs and Test matches and Smith added that he is happy with where he is right now with the team. Justin Langer had recently stated that there are processes to go through before Smith can be handed over the captaincy baton.