Home » Cricket » Aus vs Ind 2020: Our fab five pacers can beat Australia in their own den – Ravi Shastri

Aus vs Ind 2020: Our fab five pacers can beat Australia in their own den – Ravi Shastri 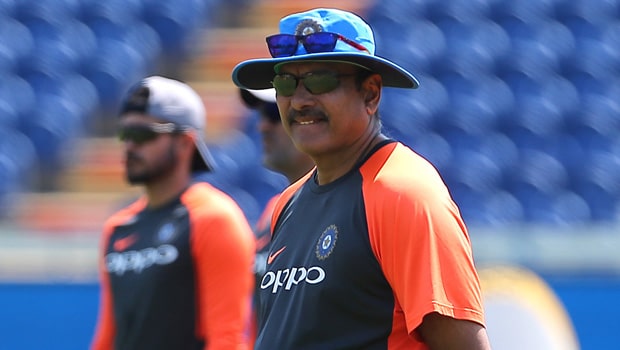 India’s head coach Ravi Shastri is optimistic that the team’s pace battery will be able to replicate the same success which they had achieved in the previous tour of Australia. India’s pace battery had collectively scalped 50 wickets in the last series against Australia and they are once again going to hold the key for the visitors.

In fact, there are two new entrants in the Indian squad as Mohammed Siraj and Navdeep Saini are touring Australia for the first time with the national team. Both of them are also yet to make their Test debut and they will be tested to the limits on the Australian pitches.

On the other hand, Jasprit Bumrah and Mohammed Shami will hold the key for the tourists. Bumrah had finished as the leading wicket-taker in the previous Test series as he had scalped 21 wickets whereas Shami had snared 16 wickets in four matches. However, there are doubts over the participation of Ishant Sharma, who is recovering at the NCA in Bengaluru.

Meanwhile, the Indian pace battery has taken giant strides in the recent past and they will be the key to success for the visitors. If Bumrah and Shami can replicate their previous tour success, the team’s chances of winning the series will manifold. Bumrah will be the X-factor and he has had a perfect start to his Test career as he scalped 68 wickets in 14 Test matches.

Furthermore, Umesh Yadav has both experience as well as the pace under his belt and he can also deliver the goods for the team, if he bowls accurately.

The Indian fast bowling unit is one of the best in the world and they will look to be at the top of their game.

“We have a fabulous five – (Jasprit) Bumrah, (Mohammed) Shami, (Mohammed) Siraj, Umesh (Yadav) and Navdeep Saini. Yadav has the experience. Saini is young and fast. Bumrah is one of the best in business. Shami is raring to go. Siraj is an exciting prospect. You put up runs on the board and watch these fast bowlers hunt the opposition. They can beat Australia in their own den,” Shastri was quoted as saying by SportsStar.

The Indian fast bowlers will have the onus on their shoulders and they will look to tick the right boxes. The first Test match between Australia and India will take place at Adelaide Oval from December 17.