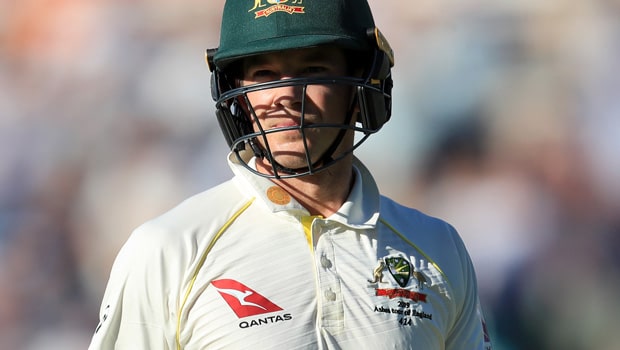 India had won the first Test at Adelaide Oval by 31 runs but Australia had made a roaring comeback in the second match as he won by 146 runs. However, the tourists took control of the series as they won the third Test match by 137 runs.

Furthermore, the Virat Kohli-led team dominated the fourth Test at Sydney but rain came to the hosts’ rescue.

Meanwhile, there is no doubt that it was not the best of Australian teams as they were no Steve Smith and David Warner, who are their two best batsmen, as they were serving their ball tampering ban.

“Certainly for me sitting back it still annoys me that we lost that Test series,” Paine told 2GB’s Wide World of Sports radio. “Whether we had Steve or David or not you don’t want to be losing any Test matches or Test series you’re involved in, so that still grinds me a little bit,” Paine added.

On the other hand, the current Australian team is a far better unit as Steve Smith and David Warner are back in the squad. Furthermore, Marnus Labuschagne had shown great form with the bat during the last season.

Paine noted that the return of Smith and Warner adds value to the Australian team and also the other players who were part of the previous series have improved significantly.

“We’re a much better all round side. Not just adding Steve and David back into it, which is a hell of a lot of runs to add back into a side, but I think every other cricketer in that team has improved in the last 18 months as well and we’ve been playing some really good cricket. Whereas back then I think we were finding our way through a really challenging or different type of set up.”

It is going to be an exciting series and the Indian team will have their work cut out in the absence of Virat Kohli, who will miss the last three Test matches to be with his wife for the birth of his first child.