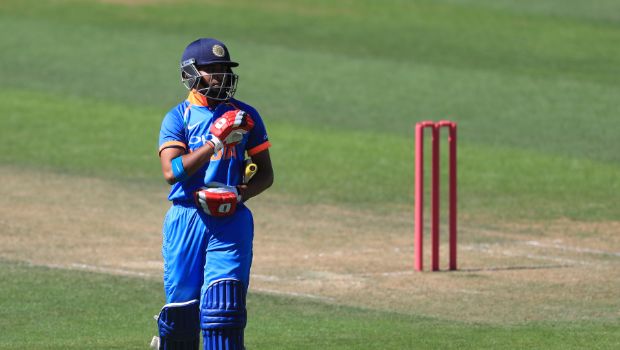 Former Indian captain Gundappa Viswanath feels Prithvi Shaw is ill-equipped to play the moving ball. Shaw struggled to get going in the first Test match as he was bowled in both the innings at Adelaide Oval.

There was a lot of seam movement on offer but Shaw was not up to the mark.

Shaw left a big gap between bat and pad in the first innings and the ball ricocheted off his bat onto the stumps on the second ball by Mitchell Starc. Shaw was once again bowled by Pat Cummins as the ball nipped back into him to hit the top of middle stump.

Shaw hasn’t been in the best of forms in the recent past but he was backed by the team management for the first Test match. The 21-year old had scored a fifty on the New Zealand tour but he had a subpar Indian Premier League while playing for Delhi Capitals.

“Shaw shouldn’t have been picked. He is not ready to face the kind of speed generated by the Australian pacers and he appears ill-equipped to play the moving ball,” Gundappa Viswanath told Mid-day.

On the other hand, Viswanath added that the lack of footwork led to the downfall of the Indian batsmen barring Cheteshwar Pujara, who got a peach of a delivery from Josh Hazlewood.

“Cheteshwar Pujara got out to an unplayable delivery, but the rest did not use their feet. They were caught in two minds before playing their strokes and displayed a total lack of confidence,” Viswanath stated.

The Australian bowlers were right on the money in the first session on third day’s play but the pitch was not a 36 all-out one. The Indian batting crumbled like a pack of cards and they couldn’t show the stomach for a fight. In fact, all the Indian batsmen were dismissed in single digit figures.