Aus vs Ind 2020: Rahul Dravid should be rushed to Australia to guide Indian batsmen – Dilip Vengsarkar 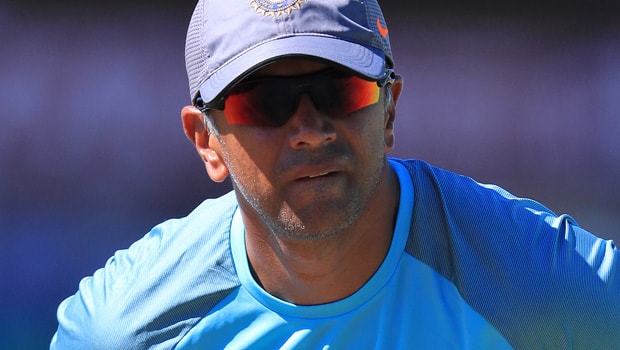 Former Indian skipper Dilip Vengsarkar believes Rahul Dravid should be rushed to Australia to guide the Indian batsmen on the right track. The Indian team collapsed like a pack of cards in the second innings of the opening Test match at Adelaide Oval as they were skittled out for 36 runs.

Rahul Dravid has all the experience under his belt and he has been instrumental in getting the best out of players like Hardik Pandya, KL Rahul, Shreyas Iyer, Sanju Samson and many more. However, Vikram Rathour is the current batting coach of the Indian team whereas Rahul Dravid is the director at the NCA.

In fact, Dravid was offered the batting coach role earlier but he had declined the role as he was busy giving inputs to India A and Under-19 team. There is no doubt that Dravid can get the best out of the Indian batsmen but with Covid-19 pandemic, it will be difficult for the visitors to avail his services. However, Vengsarkar believes Dravid can help the team before the third Test match at SCG even if he completes the 14-day quarantine period.

Meanwhile, Australian bowlers breathed down the neck of the Indian batsmen in the second innings of the first Test match. Pat Cummins and Josh Hazlewood wreaked havoc as they scalped four and five wickets respectively in the opening session of the third day. India had a lead of 62 going into the third day but Cummins and Hazlewood turned the tables in Australia’s favour.

Vengsarkar believes India’s batsmen will receive a shot in the arm with Dravid’s presence.

“The BCCI must rush Dravid to Australia to help the team. No one can guide the batsmen better on how to play the moving ball in those conditions. His presence will be a huge boost to the Indian team in the nets. In any case, the NCA has been shut due to Covid for the past nine months, leaving him with little to do,” Vengsarkar told TOI.

“Even if he has to serve a mandatory two-week quarantine period, he should be available for helping the Indian team at the nets before the third Test in Sydney, which will begin from January 7,” Vengsarkar said.

Indian batsmen will have to work on their faults before the second Test match and they would need to come back stronger. There was a lack of footwork from the visitors in the first Test, which led to downfall of the team.