Aus vs Ind 2020: Ravi Shastri told me that Umesh Yadav will be India’s third pacer in Test matches – Ian Chappell 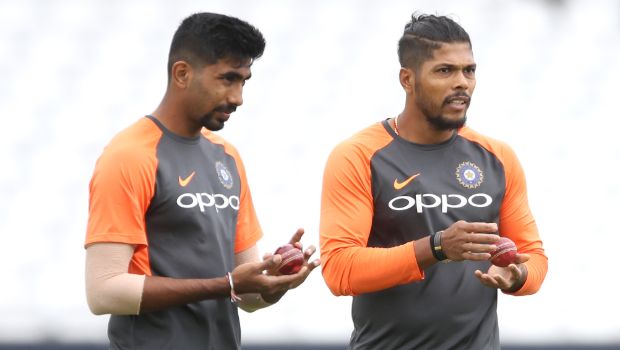 Mohammed Shami and Jasprit Bumrah will be India’s main bowlers whereas Umesh could be the third pacer.

Yadav was the pick of the Indian bowlers in the first three-day warm-up match against Australia A at Drummoyne Oval, Sydney. The fast bowler had scalped four wickets in the first match and bowled with great control.

On the other hand, Umesh has all the experience under his belt. The fast bowler has a good record while bowling in the Indian conditions but he hasn’t been able to savour success in the overseas conditions.

Yadav had played a solitary Test match on the previous tour of Australia in 2018-19 but he could only scalp two wickets in that game when the visitors played with four fast bowlers.

Bumrah, Shami and Ishant were all accurate but Umesh Yadav was wayward in his line and length as he went wicketless and conceded 61 runs in the 14 overs he bowled in the second innings of the Perth Test match.

“I was having a drink with Ravi (Shastri) the other day and he told me that probably (Umesh) Yadav will get the nod as the third pacer,” Chappell told PTI.

Meanwhile, Umesh Yadav had done well against Australia in the 2017-18 Border Gavaskar trophy. Yadav had scalped 17 wickets in four matches at an average of 23.4 and had bowled at the top of his game. Consequently, Yadav will look to give a similar kind of performance while playing against the Australians.

Umesh Yadav has thus far played 46 Test matches in which he has snared 144 wickets at an average of 30.47. Yadav will look to use his experience and give a solid performance in the Test series as it will be a good opportunity for him to play in the absence of Ishant Sharma.