Aus vs Ind 2020: Ravindra Jadeja could miss first Test due to concussion and hamstring issue 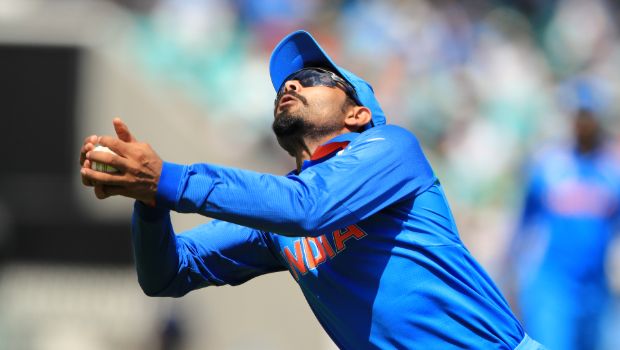 India could deal a major blow as their talisman in-form all-rounder Ravindra might miss the opening Test against Australia due to concussion and hamstring issue.

Jadeja had first suffered a hamstring injury in the first T20I against Australia and then he was hit on the helmet by Mitchell Starc.

As per the ICC concussion protocols, no player can play the next match for seven to ten days after he has suffered a concussion. This means that Jadeja wouldn’t be able to play the second warm-up match against Australia A from December 11 and it is unlikely that he will feature in the final XI for the first Test if he doesn’t get practice in the warm-up game.

Jadeja has been in sublime form in the recent past and it is going to be a major blow for the visitors. In fact, Jadeja has been backed as the first choice spinner in the overseas Test matches in the last couple of years.

“As per ICC’s concussion protocols, after any head injury, a player needs to be rested for 7 to 10 days, which effectively rules Jadeja out of the three-day day/night warm-up game at the SCG from December 11,” a BCCI source told PTI.

“Therefore, it is next to impossible that the Indian team management would field Jadeja, without any warm-up game time ahead of the opening Test,” the source added.

Consequently, Ravichandran Ashwin will have his opportunity to be in the playing XI for the first Test match. Ashwin also took two wickets in the first warm-up match against Australia A in the first innings.

Meanwhile, if Jadeja has an hamstring injury issue, his participation for the second Test match at the Melbourne Cricket Ground will also be doubtful.

Jadeja has played 49 Test matches in which he has scalped 213 wickets whereas he has also scored 1869 runs at an average of 35.26. The first Test match between Australia and India will take place at Adelaide Oval from December 17 and it will be a day-night contest.