Home » Cricket » Aus vs Ind 2020: Ravindra Jadeja has started to think like a batsman – VVS Laxman

Aus vs Ind 2020: Ravindra Jadeja has started to think like a batsman – VVS Laxman 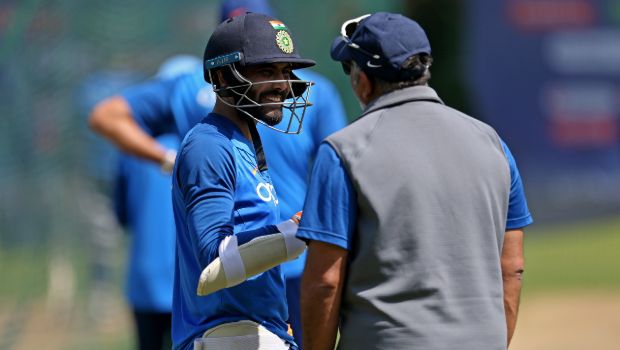 Former Indian batsman VVS Laxman has heaped praise on India’s all-rounder Ravindra Jadeja. The all-rounder has done a fine job for the Indian team in the limited-overs format in the last couple of years and he has been able to grab his opportunities.

In fact, Jadeja was not able to get his place in the final XI when Yuzvendra Chahal and Kuldeep Yadav were playing consistently.

However, Jadeja brings more balance to the team with his batting and fielding abilities. Jadeja can get the runs while batting the order and he has been a consistent performer for the team. The left-hander has been doing a fine job as an all-rounder.

Jadeja was also able to get India out of the troubled waters in the third ODI against Australia at Manuka Oval, Canberra on Wednesday. The southpaw got off to a slow start as India was struggling at 152-5 after 32 overs. Jadeja then changed the gears in the fag end of the innings and finished with 50-ball 66 to help his team post a total of 302 runs with Hardik Pandya.

Jadeja also scalped the crucial wicket of Australian captain Aaron Finch when he was looking dangerous at 75 whereas took a splendid catch to dismiss debutant Cameron Green.

Laxman stated Jadeja has started to think more like a batsman after his matured knock of 66 runs in the final ODI.

“Jadeja’s batting has gone to another level following his World Cup knock against New Zealand. He trusts his game more and he is thinking more like a batsman. He and Pandya complemented each other beautifully to take the team’s total past 300”, Laxman wrote for Times of India.

The first T20I between Australia and India is taking place at Manuka Oval, Canberra and the hosts have decided to bowl first.