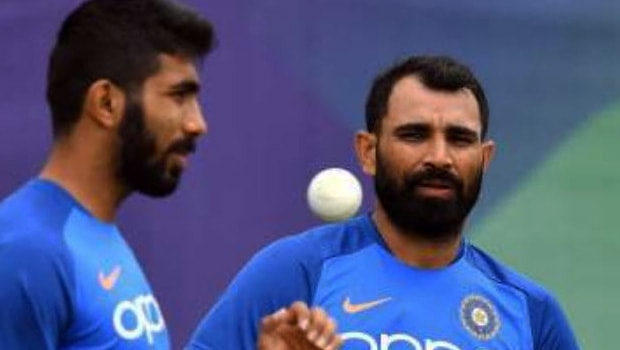 Former Indian wicket-keeper and national selector Kiran More has stated that it is imperative to manage the workload of Jasprit Bumrah and Mohammed Shami. More reckons the Indian team should play Bumrah and Shami alternately in the limited-over series to keep them fresh for the all-important Test series.

With Ishant Sharma already ruled out of the first two Test matches against Australia, the onus will be on Shami and Bumrah. Both of them will hold the key for the team in the upcoming Test series. Bumrah was the pick of the bowlers on the previous tour of Australia as he had scalped 21 wickets in four Tests and had finished as the joint leading wicket-taker of the series.

Furthermore, Shami had also played a key role in India’s success in the previous series against Australia as he had snared 16 wickets. Meanwhile, India have two young pacers in Mohammed Siraj and Navdeep Saini, who are yet to make their Test debut. Consequently, the onus will fall on Shami and Bumrah even more.

Both of these fast bowlers had recently played in the Indian Premier League and had bowled at the top of their game. Bumrah had finished with 27 wickets whereas Shami had bagged 20 wickets in 14 matches for KXIP.

“The one factor I’m apprehensive about is Bumrah. He’s going to play one-dayers, T20s and Check matches. I believe I’ll have a look at resting Bumrah, and in addition Shami.

“I’ll prefer to offer relaxation to them in a number of the matches, relying on the state of affairs in the series, does not matter if I lose additionally….Go along with one man in one T20 with two younger quick bowlers, even (in) one-day cricket. I cannot go along with each of them, have to relax and consider one of them on a regular basis. Play two matches, give relaxation, then play two matches,” More told TimesofIndia.com.

There is no doubt that India will depend on their fast bowlers to deliver the goods and Bumrah and Shami are India’s best pacers. It will make sense to keep their batteries charged for the Test series and thus they can give their 120% on the field.

The first ODI will take place at SCG on November 27 whereas the Test series will begin from December 17. The first Test will be a Day-Night contest and it will be played at Adelaide Oval.