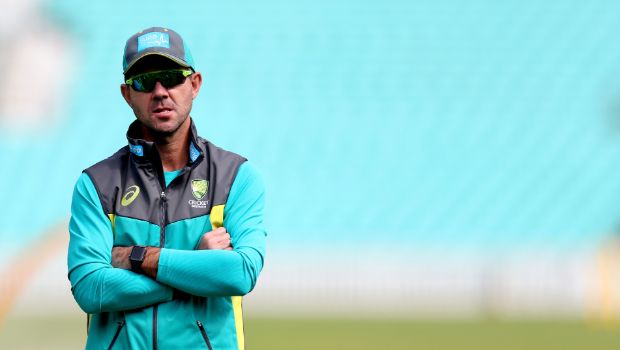 Former Australian skipper Ricky Ponting has all the experience under his belt and Punter is mostly right on the money with his calling.

Ponting who is part of the commentary panel for the four-match Test series between Australia and India, once again nailed his prediction.

The commentator stated that Shaw has a habit of leaving a gap between his bat and pad and it will be an area which the Australian bowlers will aim to exploit.

Shaw defended the first ball with aplomb but tried to push at the second ball. As Ponting revealed, there was a void between his bat and pad and the ball ricocheted off the bat onto the stumps. Consequently, Australia got off to a perfect start as Starc struck on the second ball.

“If he does have a chink in his armour it’s the ball which does come back into him…Quite often leaves a big gap between bat and pad and that’s where the Aussies will target,” Ponting said on commentary for 7Cricket as he saw Shaw getting bowled by Starc for a duck.

Meanwhile, Shaw was backed as opener ahead of Shubman Gill. Shaw hasn’t been in the best of forms in the recent past and there are quite a lot of chinks in his armor. Thus, the 21-year old batsman will need to do a lot of homework on his batting skills. Shaw has a Test average of 55 before this Test match and he was backed by the team management.

On the other hand, Australia got off to a perfect start after Virat Kohli won the toss and decided to bat first. The hosts’ were also able to dismiss Mayank Agarwal as Pat Cummins got the ball to come back into the right-hander. India scored 41 runs in the first session and lost two wickets.

The visitors will want a big partnership between Cheteshwar Pujara and Virat Kohli, who are their two best batsmen.