Home » Cricket » Aus vs Ind 2020: Right now, Virat Kohli is our captain – Ajinkya Rahane not thinking much about leadership role

Aus vs Ind 2020: Right now, Virat Kohli is our captain – Ajinkya Rahane not thinking much about leadership role 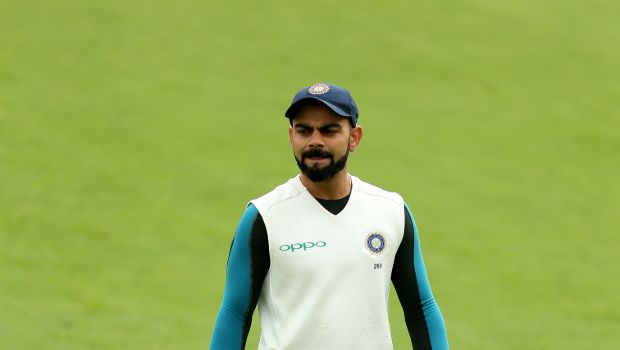 India’s vice-captain Ajinkya Rahane wants to stay in the present and stated that currently Virat Kohli is their captain for the first Test match.

Meanwhile, Rahane is known for his sedate approach and he is completely opposite of Virat Kohli. Rahane has led the team in two Test matches and India has won both the matches. In fact, Rahane had led the team with aplomb in the all-important decider against Australia in the 2017 Border-Gavaskar series at Dharamshala.

Furthermore, Rahane had led against Afghanistan and the team had also won that match convincingly. Thus, Rahane has a bit of experience but he will lead for the first time in overseas conditions.

Rahane knows the importance of staying in the moment and the first Test match will set the tone for the series. The absence of Virat Kohli will be a huge loss for the Indian team but the talisman can help the visitors in getting off to a good start.

“I believe staying in the moment and present. Right now, Virat is our captain. We think about this Test match and then after that when he leaves, we will think. So for me, it is about this Test match, helping Virat out and then taking it forward,” the 32-year-old Rahane said while speaking in a virtual media conference on Tuesday.

Rahane believes the team will also miss the services of their veteran fast bowler Ishant Sharma, who has been ruled out of the Test series due to side strain. Sharma’s experience will be missed but Rahane believes Mohammed Shami, Jasprit Bumrah, Umesh Yadav, Mohammed Siraj and Navdeep Saini can do the job for the team.

India will look to tick the right boxes in the first Test match and it will be their first pink-ball Test match in overseas conditions. It will be imperative for the visitors to get off to a good start in the four-match series.